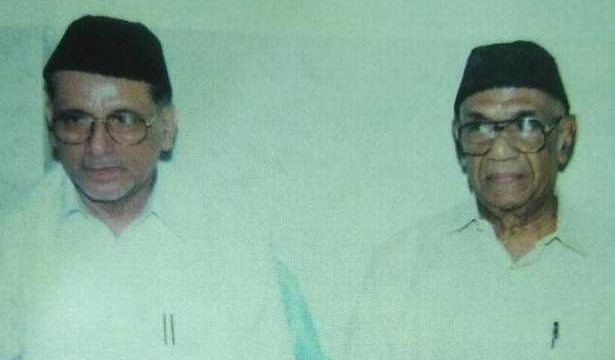 Late Dr. P.K. Warrier and IUML’s Sayed Mohammedali Shihab Thangal inspired each other to uphold the social fabric of Malappuram

When Aryavaidyan P.K. Warrier breathed his last on Saturday, it brought an end to a great era in the fabulous history of communal harmony in Malappuram district. Together with former Indian Union Muslim League (IUML) chief Sayed Mohammedali Shihab Thangal of Panakkad, Dr. Warrier stood in the forefront and built the bulwark of the famed communal camaraderie that the district currently enjoys.

Both of them shared a rare cordiality between them and inspired each other in their drive for the upkeep of the region’s social fabric. The number of institutions and establishments they inaugurated together in Malappuram district is far too many. Dr. Warrier used to zestfully accept the invites he got whenever he was told that Shihab Thangal was there. They both shared the chief guest’s status almost always.

Although Shihab Thangal was 15 years younger to Dr. Warrier, the mutual respect they shared was so profound that people even knew their tastes for food and punctuality. The organisers always anticipated their early arrival for the functions, as both Thangal and Dr. Warrier shared an impeccable penchant for punctuality.

Knowing their tastes, people served them exotic dates and cashew nuts, which they ate in delicious morsels. Rarely did Dr. Warrier drink tea from outside. And rarely did he decline tender coconut juice whenever offered. “Dr. Warrier was a great disciplinarian in his personal life, especially in his food habits,” said M.T. Ramakrishnan, Arya Vaidya Sala’s public relations officer, who accompanied Dr. Warrier on many an occasion.

However, Shihab Thangal was not such a martinet in personal food habits. “His quiet, mellowed nature made him rarely say no to what people offered him, no matter if it was tea or snacks,” said Thangal’s widow Shareefa Ayesha Beevi. Both Thangal and Dr. Warrier also shared a fondness for car journeys.

After trying out several cars, both had settled for Toyota Camry in their autumn days. When Thangal left ‘graphite metallic’ (yellowish brown) Camry at Kodappanakkal’s porch, Dr. Warrier’s ‘attitude black’ Camry was resting at Kailasamandiram when he was consigned to flames on Saturday evening.

In his salad days, Dr. Warrier was a good driver too. He even drove trucks on different occasions. He enjoyed long drives in such cars as Fiat, Ambassador, and Tata Estate before laying his hands on Camry.

For about seven decades, Dr. Warrier carefully carried the torch of communal harmony lit by his uncle and Arya Vaidya Sala founder Vaidyaratnam P.S. Varier. The entrance to Kailasamandiram, the headquarters of the 119-year-old institution, and the Viswambhara Temple inside the compound remain testimony to it. While the gate sports the symbols of Muslim, Hindu and Christian faiths, the temple inside does not discriminate against any faith.

Until the last, Dr. Warrier religiously followed the practice of giving Onapudava (new dress for Onam) to the Muslim families who have been traditionally supplying herbs to the Arya Vaidya Sala. The baton has now been passed over to Dr. Warrier’s nephew, P. Madhavankutty Varier, whose secular perspectives, kindheartedness, and refined character have already won him much popularity.