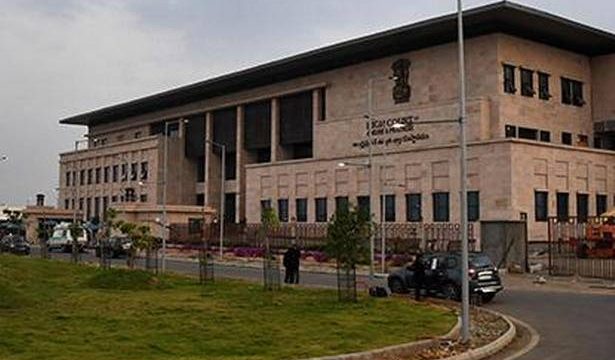 A Division Bench of the Andhr Pradesh High Court led by Chief Justice Arup Kumar Goswami and consisting of Justice C. Praveen Kumar directed the government to conduct elections for Gram Panchayats (GPs) as per the schedule announced by State Election Commission (SEC) but in a manner without disturbing COVID-19 vaccination, which began on January 16.

With this, the interim stay order passed by Justice M. Ganga Rao on January 11 has been set aside.

The green signal given by the court for GP elections came as a shot in the arm for Commissioner N. Ramesh Kumar who argued, in his writ appeal, that the government was seeking postponement of elections on one pretext or the other and that the single judge erred in suspending the election notification dated January 8 as it was against the settled principle of law that the court cannot interfere with the election notifications and the process thereof once the exercise begins.

The SEC issued the impugned notification for conducting GP elections in four phases i.e. on February 5, 9, 13 and 17.

In its writ petition, the government maintained that the situation is not conducive for elections citing a possible resurgence of COVID-19 and the vaccination drive undertaken by it.

The government informed the court that consultations were held on COVID-19 containment measures as a mere formality and it’s concerns were brushed aside by the SEC.

It was alleged that the SEC did not apply it’s mind to the enormity of the ground situation arising from vaccination and the involvement of many government departments and the deployment of men and resources and its importance for public health.