As rainfall has started pouring in several parts of the state, four districts in Kerala and Lakshwadeep continue to have red alerts. An orange alert has also been issued in eight districts including Kollam and Alappuzha districts. 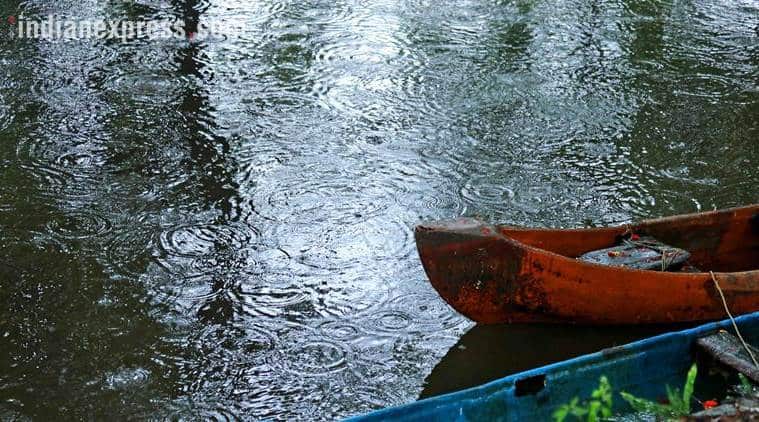 After a delay of six days, the Southwest monsoon hit the Kerala coast Saturday, marking the official commencement of the four-month rainfall season in the country. “Monsoon has made an onset over Kerala today (June 8),” news agency PTI quoted India Meteorological Department’s Director General-designate Mrutyunjay Mohapatra, as saying.

A red alert, indicating heavy rainfall, has been sounded in four districts in Kerala. Lakshwadeep, too, is on red alert.

The weather agency has advised fishermen against venturing into sea for the next four days.

Besides Kerala, Lakshadweep and the Andaman and Nicobar Islands and the northeastern states are expected to receive heavy rainfall on Saturday.

On Thursday, IMD had said the arrival of monsoon in Delhi is likely to be delayed by two-three days from its usual onset on June 29. However, Skymet said it may take at least a week longer. Northwest India is likely to have normal monsoon.

This is one of the important parameters to declare the onset of monsoon. The other two factors are speed of the westerlies and long-wave radiation.

India’s annual monsoon delivers about 70 per cent of the country’s rainfall. The delay in Kerala this year has had a big impact on farmers and other people, as the heat wave has dried up reservoirs. Monsoons are the lifeblood of India’s $2.5 trillion economy, spurring farm output and boosting rural spending on items ranging from gold to cars, motorcycles and refrigerators.