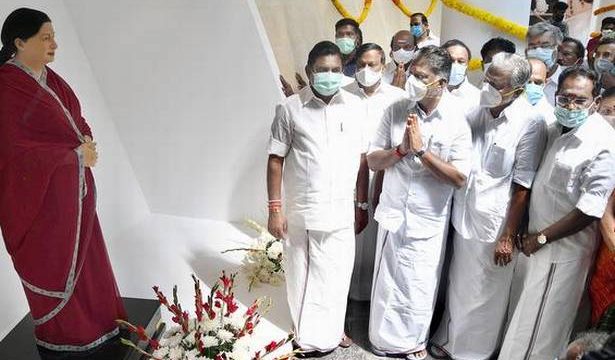 Apart from inaugurating a three-day medical camp, they handed over cheques for ₹3 lakh each to the legal heirs of six members of the party who had died.

The two leaders, who paid their respects at the mausoleum of the former Chief Minister on the Marina in the morning, also formally kick-started the distribution of application forms for the Assembly election.

Mr. Palaniswami and Mr. Panneerselvam were among those who received the forms, seeking to secure a nomination again from their respective constituencies of Edappadi and Bodinayakanur. A mass feeding was also organised on the occasion.

The Chief Minister declared open a museum on Jayalalithaa near the mausoleum.

Later in the day, Mr. Palaniswami lit a lamp at his residence in Chennai to mark the occasion.