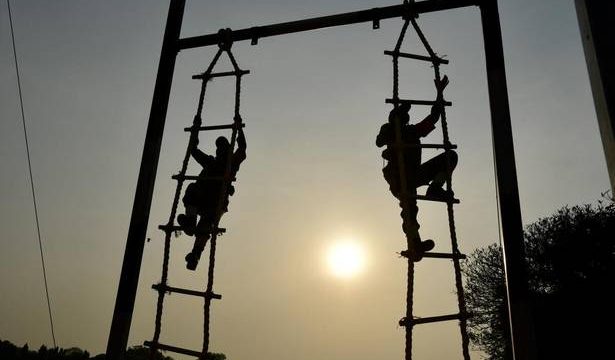 Efforts of Mysuru-based VeKare Ex Servicemen’s Trust (VKET) to secure disability pension and other facilities under Ex Servicemen Contributory Health Scheme (ECHS) to gentlemen cadet officers invalidated during military training appears to have made progress with the Indian Army taking up the case with the Ministry of Defence (MoD).

VKET president Mandetira Nanaiah Subramani has received a letter dated January 4, 2022, from the Adjutant General’s branch, IHQ of Ministry of Defence (Army), stating that a case has been taken up with the MoD following his mail on gentlemen officer cadets, who are ‘left in the lurch’ after being invalidated and sent home due to injuries suffered during ‘hazardous and tough’ military training at the National Defence Academy (NDA), Indian Military Academy (IMA) and Officers’ Training Academy (OTA).

VKET had taken serious exception to the ‘shabby’ treatment meted out to the hapless gentlemen cadets who are invalidated and sent home with an ex-gratia award, but denied disability pension and other benefits under ECHS.

The letter said ECHS membership mandates fulfilling of the twin criteria of being an ex-servicemen and pensioner from Controller of Defence Accounts (CDA). Pointing out that the grant of ex-gratia to ex-cadets does not fall under the definition of pension, the letter said that the ECHS facility cannot be extended to gentlemen officer cadets since officer cadets are not ex-servicemen and are only in receipt of ex-gratia disability award and not defence pension from CDA.

“…a case has been taken up with MoD to grant disability pension to the cadets being boarded out due to disability during training which is attributable to / aggravated by military training. In case the above proposal is concurred, then the disabled cadets could be granted disability pension, and hence could be elected to ESM status and ECHS facilities,” said the letter from the army.

Earlier, in a letter to Defence Minister Rajnath Singh dated December 1, 2021, Mr. Subramani said the gentlemen officer cadets should be granted minimum pension on par with ex-recruits (who do not belong to the rank of officers) after they are invalidated due to injuries suffered during training.

He pointed out that ex-recruits were also not covered under the definition of ex-servicemen and, hence, not eligible for medical care under ECHS and CSD canteen facilities until their organisation took up cudgels on their behalf.