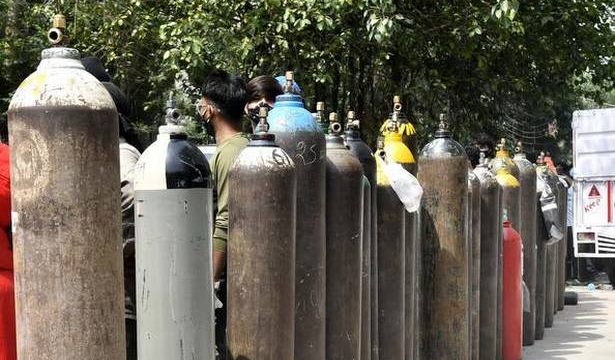 The Army’s Base Hospital in Delhi Cantt was running low on oxygen after the Delhi government drastically reduced the allocation, Army sources said on Tuesday.

“Allocation for Base Hospital is done through the Delhi government. The situation has arisen after the Delhi government cut down the allocation by almost one third. The issue has been taken up with the concerned authorities through the Defence Ministry,” a source said. There are supplies for now but it is a critical situation, the official stated.

To avoid any crisis, the Army is scrambling to get resources. A vehicle with 100 empty oxygen cylinders has left for Haridwar, the source said, adding that some cylinders have also been procured from Palwal.

Army will resolve the situation but the issue is about the sudden reduction in the quota allocated, the official added.

With the surge in COVID-19 cases in the second wave, the Base Hospital has been converted into an exclusive COVID-19 facility for armed forces and veterans. To meet the demand for beds, a plan has also been put in place to augment the capacity to 900 oxygenated beds by the second week of June 2021.