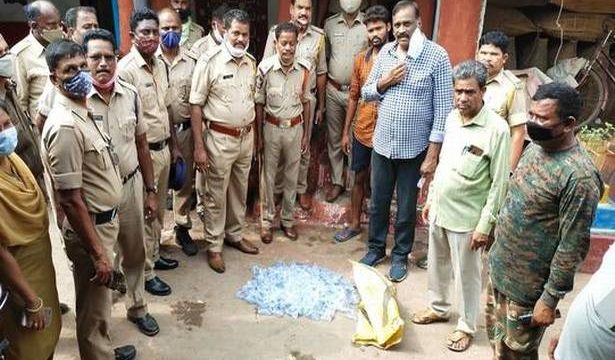 The Special Enforcement Bureau of the Excise Department seized 390 litres of illicit arrack packed in 3,900 sachets that was smuggled from Odisha and was being supplied in Eedupuram village of Itchapuram mandal in Srikakulam district on Monday.

Circle Inspector of SEB J. Janardhana Rao and his team raided several houses and seized the illicit arrack. Mr. Janardhana Rao said that special teams were formed to prevent the illegal supply of arrack and liquor from Odisha and other places along the bordering areas. He said that cases would be filed against those involved in the illegal trade.