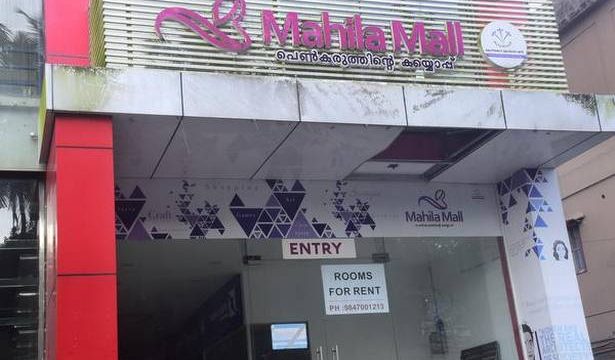 They claim losses of up to ₹30 lakh

As many as nine entrepreneurs at the now closed down Mahila Mall in Kozhikode on Wednesday claimed that the articles they had stored in their shops were taken away without their knowledge.

The husband of one of the entrepreneurs noticed on Tuesday evening that all the gift articles at their shop had been removed. Similar incidents happened at 10 other shops as well. There were 78 shops in the building, and 30 of them had occupants. Ten of them were under the custody of the group which ran the mall. Some others settled for compensation after the venture run into losses.

The nine entrepreneurs who have now come with the complaint have losses up to ₹30 lakh. They pointed out that the front portion of the building had been locked, and that they could not get inside to assess the losses.

The mall was closed down in 2020 March during the first lockdown. Though the entrepreneurs managed to get a court order to reopen the building, no steps were taken in that direction. Later, they approached the district administration, talks were held, and the mall was opened. But it ran only for four days. It was closed down again after pending power bills were not cleared.

The Kozhikode Corporation claimed that the issue was between the operator of the mall and the entrepreneurs, and that the civic body was not involved in the row. The entrepreneurs said they would file a complaint with the Nadakkavu police station.