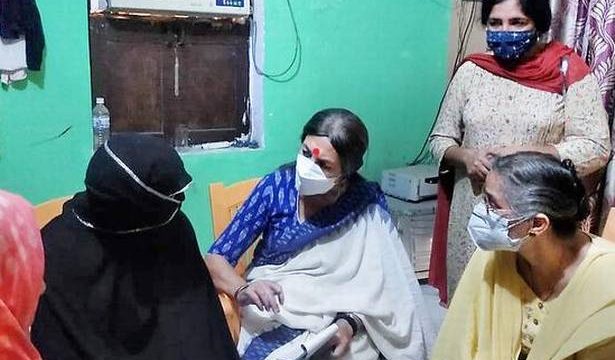 Former Rajya Sabha MP and Communist Party of India (Marxist) Politburo member Brinda Karat on Wednesday strongly condemned the alleged attempts by certain forces to give communal spin to Asif murder case in Nuh and interfere with the course of law.

Ms. Karat, along with CPI leader Amarjeet Kaur, led a delegation to Nuh to meet the family of the deceased and also called upon the Deputy Commissioner demanding that communal harmony be upheld in the region.

Expressing condolence over the death of Asif, who was kidnapped and murdered on May 16, Ms. Karat said attempts were being made by certain forces to give communal spin to the incident and protect the accused and vitiate the atmosphere of the village and the area.

Ms. Karat said Asif was not murdered for his religious beliefs, but for opposing the criminal elements in the village. She said her party would raise the issue at all possible platforms.

The delegation also met the Deputy Commissioner demanding the arrest of all the accused in the case and upholding the communal harmony in the region. It said that provocative videos were being uploaded on social media platforms and caste panchayats held to create communal rift and protect the accused.

Asif, a resident of Nuh’s Khera Khalilpur, was returning home from a medical store on May 16 in a car when he was waylaid and kidnapped. He was later found dead at Nangli village in Sohna.