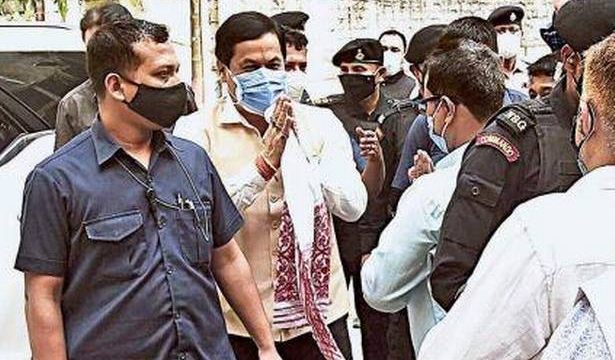 Congress-led Mahajot fails to cash in on a set of guarantees, including scrapping Citizenship (Amendment) Act

The Bharatiya Janata Party (BJP) and its regional allies retained power in Assam, staving off the challenge of a 10-party grand alliance led by the Congress and a new regional front sired by the 2019 protests against the Citizenship (Amendment) Act (CAA).

The BJP and its allies, the Asom Gana Parishad and the United People’s Party Liberal (UPPL), had won 46 of 68 seats declared at the time of reporting, and were leading in 27 other seats.

The Congress and its two major allies — the All India United Democratic Front (AIUDF) and Bodoland People’s Front (BPF), an estranged partner of the BJP — had won the remaining 22 declared so far.

The BJP’s development plank and sops for tea plantation workers, a deciding factor in at least 45 of Assam’s 126 Assembly constituencies, apparently overrode regionalism and perceived anti-CAA sentiments. Polarisation of voters with AIUDF president and MP Badruddin Ajmal having been projected as the “future of Assam” in the event of a Mahajot victory also played a role.

Both the BJP and the Congress had claimed their respective alliances would win more than 100 seats. But while the strategies of the saffron camp worked, the Congress-led group could not cash in on a set of guarantees, including the scrapping of CAA if voted to power.

The vote share of the BJP and the Congress this time was almost the same as in 2016 but the combinations and alliances seemed to have made the difference for both. While the BJP ditched BPF for UPPL for seats across the Bodoland Territorial Council, the Congress-AIUDF alliance seemed to have damaged the Mahajot’s prospects in eastern, northern and parts of central Assam.

The BJP and AGP had projected the AIUDF and Mr. Ajmal as versions of “Mughal aggressors” and a demographic threat.

While the Mahajot constituents improved upon their 2016 show, the performance of the regional front of Raijor Dal and Assam Jatiya Parishad (AJP) showed the anti-CAA sentiment was not much of a factor. Jailed Raijor Dal president Akhil Gogoi, contesting as an independent, won the Sibsagar seat but his AJP counterpart Lurinjyoti Gogoi lost from both Duliajan and Naharkatiya.

Among the big losers were Ministers Pramila Rani Brahma (Kokrajhar East), Chandan Brahma (Sidli) and Rihon Daimary (Udalguri) — all of the BPF — and Sum Ronghang (DiphU) who contested as Congress candidate after BJP denied him a ticket.

In a message, Chief Minister said: “Good actions always augur good results… The BJP-led government will work more enthusiastically and vigorously carrying the trust of all sections of the people to expedite the overall development of the State.”