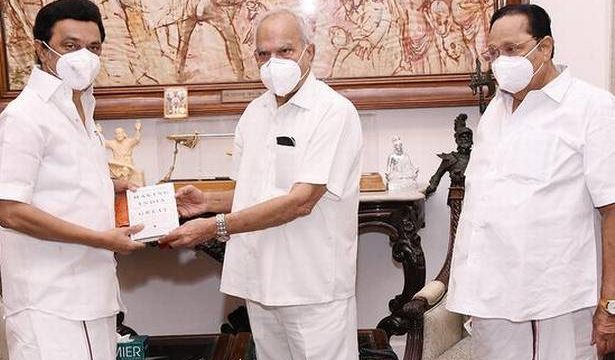 All legislators, Assembly officials will be tested for COVID-19

The Assembly session will commence at the Kalaivanar Arangam at 10 a.m. on June 21 with the Governor’s Address, Assembly Speaker M. Appavu announced in Chennai on Wednesday.

Mr. Appavu told journalists that the Business Advisory Committee would meet after the Governor’s address to decide on the number of days that the House would meet.

All legislators and Assembly officials will be tested for COVID-19 and only those testing negative will be allowed to take part in the proceedings, he said. Arrangements have been made to ensure adherence to physical distancing norms.

Earlier in the day, Chief Minister M.K. Stalin called on Governor Banwarilal Purohit at the Raj Bhavan to discuss about the first Assembly session under the DMK government. Mr. Stalin also briefed Mr. Purohit about the COVID-19 scenario in the State.

The Chief Minister and the Governor also presented books to each other. Minister for Water Resources Duraimurugan, Chief Secretary V. Irai Anbu and senior officials were present.