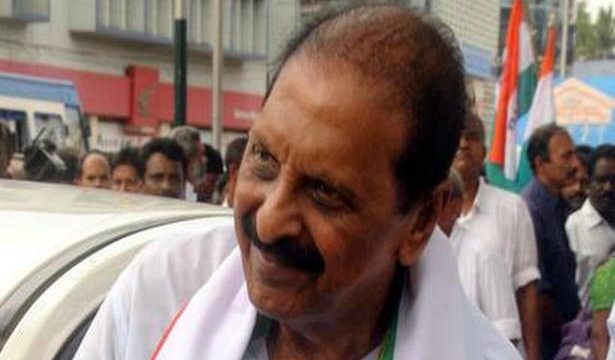 The seven-time legislator from Kottarakara held portfolios of Electricity, Excise and Transport in the Ministries of C. Achutha Menon, K. Karunakaran, E.K. Nayanar and A. K. Antony.

The political career of Keezhoote Raman Pillai Balakrishna Pillai, veteran leader and Kerala Congress (B) supremo, was storied and mired in controversies.

A seasoned politician and seven-time legislator from Kottarakara, he had held portfolios of Electricity, Excise and Transport in the Ministries of C. Achutha Menon, K. Karunakaran, E.K. Nayanar and A. K. Antony. The youngest MLA to be elected to the Kerala Legislative Assembly in 1960, he served as the chairman of Kerala State Welfare Corporation for Forward Communities during his last days.

With links across party lines, very often he excelled as a leader who clearly understood the political nitty-gritty and undercurrents in a tumultuous career spanning over six decades. Born as the son of Keezhoottu Raman Pillai and Karthiayani Amma on April 7, 1934, Mr. Pillai started off with campus politics and later graduated to the Congress. At the age of 25 he entered the Kerala Assembly for the first time representing Pathanapuram constituency and three years later contested the local body election to be elected as the president of Edamulakkal panchayat. It was in 1964 that a faction quit the Congress and formed the Kerala Congress and Mr. Pillai was made the general secretary of the party. He tasted defeat in the next Assembly election and later the party split into B and M groups, Mr. Pillai and Mani heading the two new factions. Before joining the Achutha Menon Ministry, he was elected to Lok Sabha from the Mavelikkara constituency in 1971. He also served as the president of Kottarakara panchayat for long, till a legislation prevented MLAs and MPs from contesting to be precise.

Kerala Congress (B) was also part of the coalition when the United Democratic Front (UDF) was formed and it first came into power. While he represented Kottarakara constituency from 1977 to 2001 for seven consecutive terms, his son and Kerala Congress (B) leader K.B. Ganesh Kumar has been representing Pathanapuram for the last two decades.

The politician hit the lowest point in his career when he underwent rigorous imprisonment for the Idamalayar corruption case. Over the years he had courted controversy for an alleged communal speech and another seditious speech that came to be known as Pillai’s ‘Punjab model speech’ which resulted in his resignation from K. Karunakaran Ministry. In 2015, KC(B) walked out of the Congress-led coalition and later joined the Left Democratic Front (LDF). The move was preceded by a bitter internal war within the UDF kicked off by his comments on graft charges against Finance Minister K.M. Mani. After joining hands with the LDF, Mr. Pillai’s appointment as the chairman of Kerala State Welfare Corporation for Forward Communities, the same position he held during the time of the UDF government, had triggered another controversy.