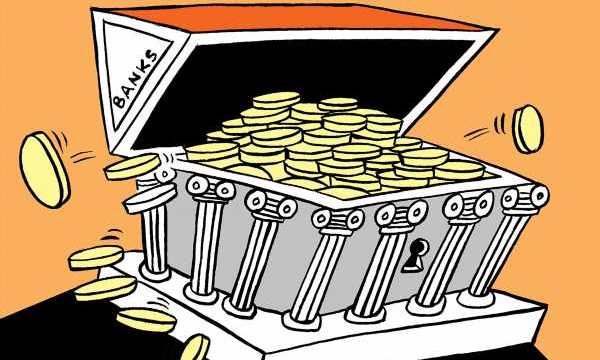 The sector seems set for a rally that may be somewhat temporary.

Analyst previews of the banking sector are fairly optimistic despite the macro deterioration.

The rise in policy interest rates has resulted in an increase in NIM (net interest margin) because banks have passed on the rate hikes asymmetrically, raising lending rates more than deposit rates.

So far, credit demand has not been affected.

This is normal in the first couple of quarters of a tightening monetary cycle.

Banks (and other lenders) see at least temporary widening of interest spreads.

At this early point, interest rates are still low or negative in real terms.

This is the case globally. The Reserve Bank of India started hiking rates ‘out-of-turn’ in May 2022 and the Monetary Policy Committee is expected to continue to hike through till at least December 2022.

Indian inflation is running at 7.4 per cent, while the 364-day T Bill yield in late September auctions was 6.65 per cent.

Even in the US, inflation is running at 7.45 per cent (median CPI) while US treasury yields (10-year) are at around 4 per cent.

NIM also tightens as deposit rates catch up. But if corporate and consumer demand remains strong, credit demand will be strong. 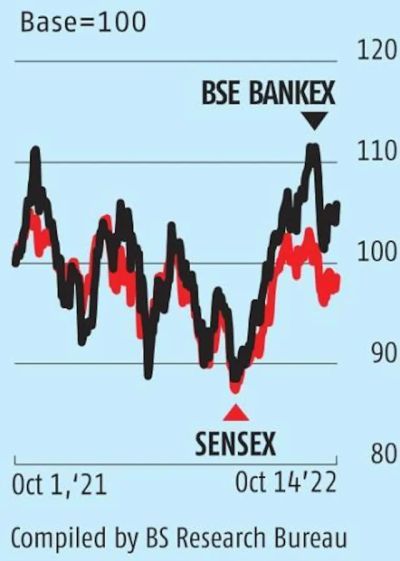 Banks are expected to show further improvement in credit volumes with loan growth, alongside stable or improving NIMs and improvement in asset quality.

The pick-up in loan growth should also help fee income.

Credit card spend volume is up, and so is the UPI volume.

However, operating expenses (and of course cost of funds) are also expected to be on the higher side.

Competition for deposits has been increasing as banks look to fund loan growth.

Banks would probably lose money on their portfolios, given market-to-market norms.

But these losses could be limited, given movements in yields and commercial rates.

Among public sector banks or PSBs, State Bank of India should also be able to score double-digit gains on these metrics.

Provisioning is expected to remain around current levels or slightly higher as asset quality should have been stable or improved.

CIBIL estimates that demand for consumer loans is 80 per cent higher and that for medium and small enterprises (MSME) is 55-75 per cent higher compared to the pre-pandemic levels (2019-20).

The Bank Nifty was down 2 per cent month-on-month (MoM) in September after rising about 6 per cent in August over July.

Loan growth is estimated to have improved 16 per cent YoY, led by retail and MSME.

Other financial sectors, like NBFCs (non-banking financial corporations), insurers and fintech players have underperformed the Bank Nifty index since May.

The Nifty Financial Services Index is down across most timeframes, including a week ago, a month ago and a year ago.

The festive season should keep things ticking over through Q3FY23.

The pick-up in bank share prices in the last few sessions is indicative of optimism.

Given the macro challenges and the rising rate regime, investors should be cautious.

Failure to beat Street consensus may lead to big sell-offs.

But despite all the caveats, the sector seems set for a rally that may be somewhat temporary.