A delegation of religious outfit Hindu Samhati Mancha and a team of junior doctors also met Tripathi at Raj Bhawan. 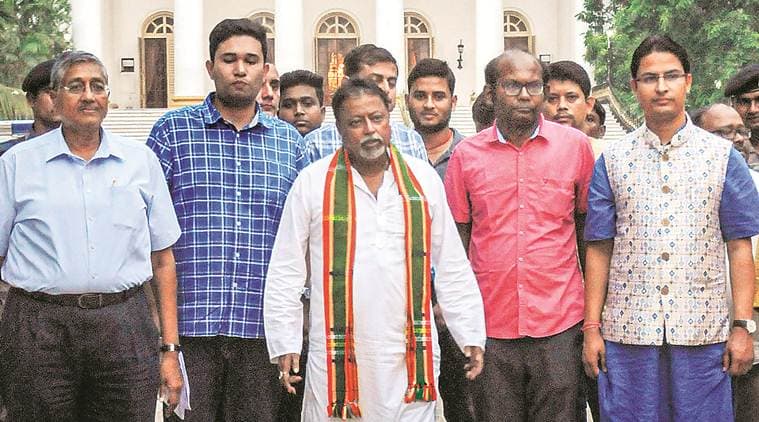 The opposition parties met Governor Keshari Nath Tripathi at Raj Bhawan Friday and sought his intervention to resolve the healthcare crisis prevailing in state-run medical facilities. After interacting with separate delegations of BJP, Left Front and Congress, the Governor went to Institute of Neurosciences Kolkata (INK) in the evening to visit injured doctor Paribaha Mukherjee.

Earlier in the day Opposition parties sent delegations to Raj Bhawan. After meeting the Governor, BJP leader Mukul Roy demanded that Mamata Banerjee should resign as State Health and Home minister. “Junior doctors are on strike and senior doctors are giving in resignations, one after another. The Governor must take immediate steps using his power and his intervention is needed to resolve the present situation,” Roy said.

Left Front Legislature Party leader Sujan Chakraborty also targeted the CM. “There is jungle raj in the state. Hundreds of doctors have already resigned. Has the state government no role to play? The chief minister must be ashamed that doctors across the country are protesting. Instead of coming up with solutions she is threatening the doctors,” Chakraborty claimed.

Senior Congress leader and Leader of the Opposition in the state Assembly, Abdul Mannan claimed, “It is unprecedented in the history of Bengal that so many doctors are staging a protest and so many have resigned in solidarity. Doctors are in distress now. Six patients have died due to lack of treatment at hospitals. Who is responsible for that? The state government must immediately take steps to end this crisis.”

A delegation of religious outfit Hindu Samhati Mancha and a team of junior doctors also met Tripathi at Raj Bhawan.