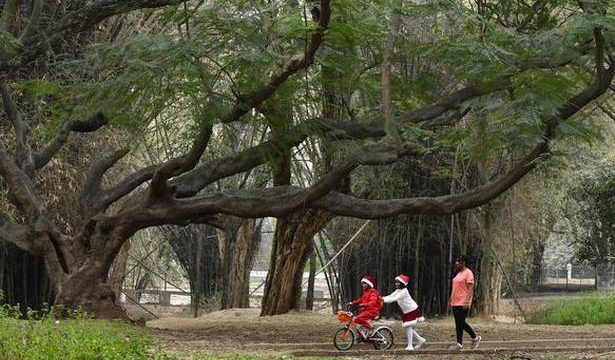 Three-year data shows dip in crime rate in many categories

The city registered a dip in crime rates in most categories in the year gone by, when compared to 2020. Coupled with a “war on drugs and rowdyism”, the city has become “safer” for its citizens over the last one year, claimed City Police commissioner Kamal Pant on Friday.

Statistics of crimes reported in the city in the past three years, released by the city police on Friday, shows that the pandemic and subsequent lockdowns had caused a dip in crime rate in 2020. The trend was observed in 2021 as well. The number of crimes reported in both the years, in many categories, is significantly lesser than in pre-pandemic 2019.

However, the year also saw some worrying trends. Last year saw an uptick in crimes against women and children. Crimes against children surpassed even pre-pandemic 2019 levels. The city reported 450 crimes against children in 2021, compared to 333 in 2020, an increase by around 35%. Of the 450 cases reported last year, 375 cases were registered under the POCSO Act. In 2020 and 2019, there were 278 and 355 POCSO cases.

Though the number of robberies and chain snatching cases recorded a dip, there is a slight dip in the detection of these cases as well. “With the pandemic and lockdown wrecking the economy leading to job loss, crimes for money seem to have shot up a bit. Many fresh offenders with no history of crime are committing crimes making it tough to crack. We have seen this trend in drug peddling as well,” said a senior police official.

Commissioner Mr. Pant said the city police has waged a war on rowdyism and controlled the menace effectively. “Rowdies used to demarcate areas and wage turf wars. With effective preventive policing we have controlled the menace. Some of them were functioning out of prisons as well. We have shifted them out and disrupted their networks,” he said.

While the rowdy-related murders have come down to 12 in 2021, compared to 19 in 2020, the number of preventive cases booked against rowdy-sheeters has taken a giant leap. Apart from increase in the number of rowdy-sheeters booked under Goonda Act, 10 of them have also been banned entry into the city. Police have also booked rowdies with lethal weapons under Arms Act, a practice not common earlier. With this, the Arms Act cases have shot up to 218 in 2021, from a mere 24 in 2020.

The Cybercrime Incident Report, a control-room based cybercrime response mechanism aimed to save money within the ‘golden hour’, recovered Rs. 1 crore while helping complainants freeze Rs. 88.05 crore in a total of 8407 calls it got last year.