From pillion-riding on her brother's bicycle to reach the judo academy in an obscure village in Manipur, judoka Shushila Devi has reached Tokyo with a bag full of dreams and memories of her village. 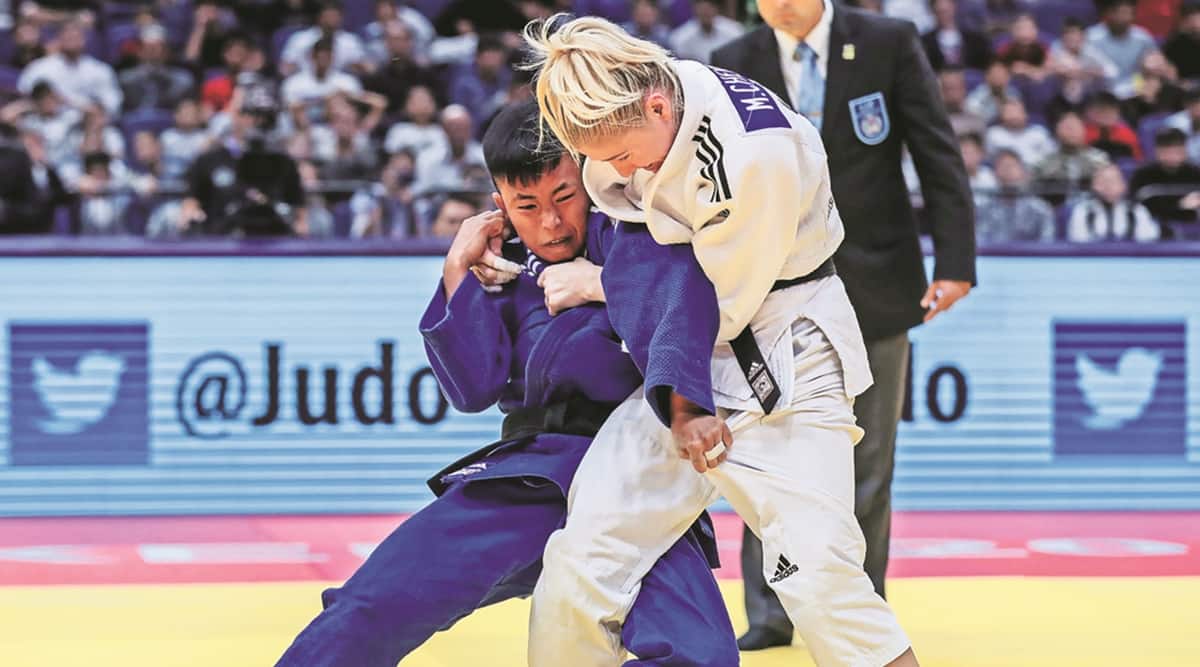 A smile cracks on Shushila Devi Likmabam’s face, as she hears the name of her village, Heingang, in East Imphal, Manipur. Her elder brother Shilakshi understands her reaction.

He hearkens back to when Shushila was 7, and he was 10. The siblings had a routine of waking up around 5:30 am, freshening up and grabbing a bite to eat before putting on their judo uniforms. They needed to be out of the door by 6.

Shilakshi would ride a bicycle for the 25-30 minute journey from their home to the Khuman Lampak – judo academy – with Shushila sitting on the carrier at the back. “Usme mera warm-up ho jata tha, (that was as good as a warm-up” Shilakshi says, chuckling over the phone as he recalls those memories.

Those were simple times, he says. Inhaling the fresh mountain air as the brother would pedal, sister holding on at the back, over dew-hewn roads along the foot of the Marjing Hill, as the sun started to peep over the horizon. He claims they don’t have any photographs from those days, just the memories that often play in his mind. Especially now.

On Tuesday, a new set of photographs were doing the rounds. Sushila was at the Tokyo Olympic Games village, posing in front of the iconic Olympic rings. 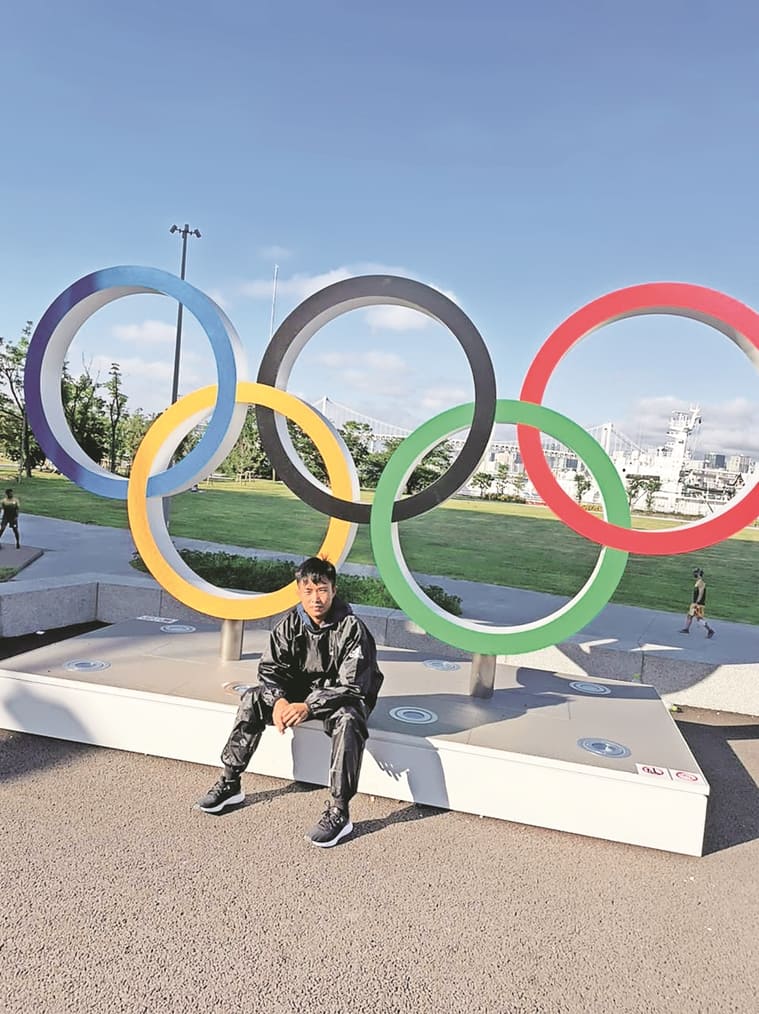 Now 26, she qualified for the 48kg judo event using a continental quota. She’s warming up to her surroundings and the occasion, but she said she will not believe this dream until she’s on the mat. She blames the Covid-19 scare for it.

“More than the competition I’m scared of the Covid report,” she said a few days before she left for Tokyo. “I shiver at the thought that I might test positive. Until I’m in Tokyo, stepping onto the mat for my match, I won’t have the Olympic feeling.”

A pessimistic, yet realistic, view. But Shushila has reached a stage in her career where she knows the importance of circumstances.

Pangs from the past

The last time she was in Japan, for a Grand Slam in Osaka, in November 2019, she didn’t hear the announcement calling her to the mat. “I was watching it on television,” Shilakshi says.

“The rule is they’ll announce your name once and wait for 10 seconds. If you don’t show up then it’s over and the opponent gets a walkover. But Shushila was alone and the announcements were in Japanese. She didn’t realise they called her name. Woh bahar hi nahi nikle. Toh hum soche kya hua?” (She didn’t step out. I wondered why?)

That was the last tournament before she confided in her coach, Dronacharya Awardee Jiwan Kumar Sharma, a secret she had been holding onto – that she had nothing left to give for the sport, financially.

Shushila was hopeful of making the cut for the 2018 Asian Games, but pulled a hamstring before the trials. Since she wasn’t going to Jakarta, a key sponsor decided to end ties with her. “In judo, you have to compete at many tournaments – 20-30 odd –before you can qualify,” says Sharma, who is also the coach at the Inspire Institute of Sport. “But the government hadn’t cleared her travel for most of them. She had to pay from her own pocket, that’s why she’d be travelling alone and that’s how the financial struggle started.”

She had taken loans and even sold the car she had bought in 2016 to fuel her career. “When we were kids, we’d go on a cycle all over Imphal. Us time bacche the, water bottle ke ilava kuch nahi chahiye tha, aur kit hum pehen ke jaate the,” Shilakshi says, himself a judo national champion. “The car was handy because as an international player, you have to travel with your kits, you’ve got your fitness equipment, your food, your protein shakes and all other things.”
The Osaka-incident wasn’t her only self-funded but wasted trip. She had travelled to Budapest, Hungary, alone for another event and was declared overweight by 50 grams.

She received encouragement back home, but no financial help. “People from the village are very supportive. They love it when somebody does well in sports. It’s just that financially, nobody is really well to do there, so they can’t help,” Shushila says.

Her parents, who are farmers, too could not afford much help. “The farm at home is just farm by name,” Shilakshi describes. “It’s a tiny place, we used to manage to grow enough vegetables for us, maybe sell a few of the excess stuff. But it was not enough. Papa gaon ke sarpanch the, nahi to kuch nahi ho pata.”

Eventually, it was Sharma who started to organise her tickets and convinced her sponsors to get back on board. He remembers meeting her for the first time at the sport’s Centre of Excellence in Patiala, in 2009. The siblings – the eldest of four – had travelled to Punjab for trials, but only Shushila made it. 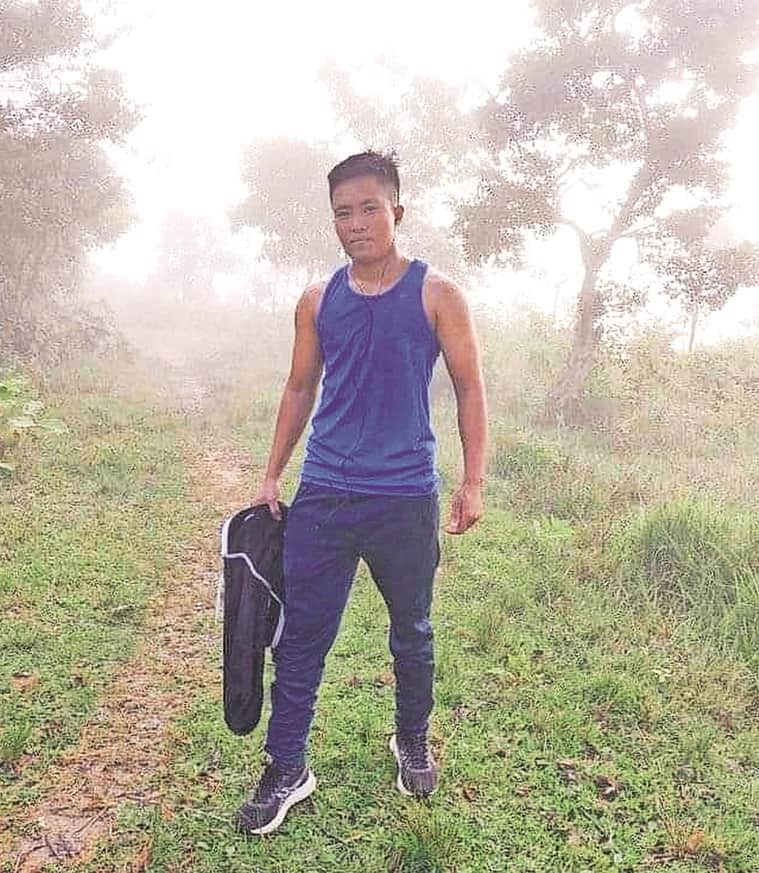 “I remember she couldn’t speak a word of Hindi,” he recalls their first meeting. “We saw how good and talented she was during the trials. But we didn’t know she’d reach the Olympics one day.”

Sharma, though, was well-acquainted with Manipur’s conveyor belt of international judokas. There were quite a few students at the academy in Patiala, so much so that they once convinced him to hold a camp in Manipur. “They used to complain that they don’t get a chance to go home, so we got permission to do a month-long camp at a place called Mayang Imphal (25 km outside the state capital),” he says.

“I saw one of the coaches there had built a shed outside his house and was training kids there. All these talented players came from such a setting,” he adds.

Nestled in the eastern corner of the country, the state is abundant with talented martial artists. It fits well with the theme of Olympic judo, where players from the far reaches of the world have medalled – one of Iceland’s four Olympic medals till date was in judo, five of Israel’s nine have come in the sport, and Kosovo, on its Olympic debut in 2016, had a gold medal winner.

Shushila was one such talented judoka, consistently grabbing medals at the junior level. Then she won the first event she took part in at the senior division – the trials for the 2014 Commonwealth Games. She went onto win silver in Glasgow.

That victory was widely telecast in the village, Shilakshi says, and there were wild celebrations when she stood on the podium. Thereon her trips home were brief, until the lockdown last year. 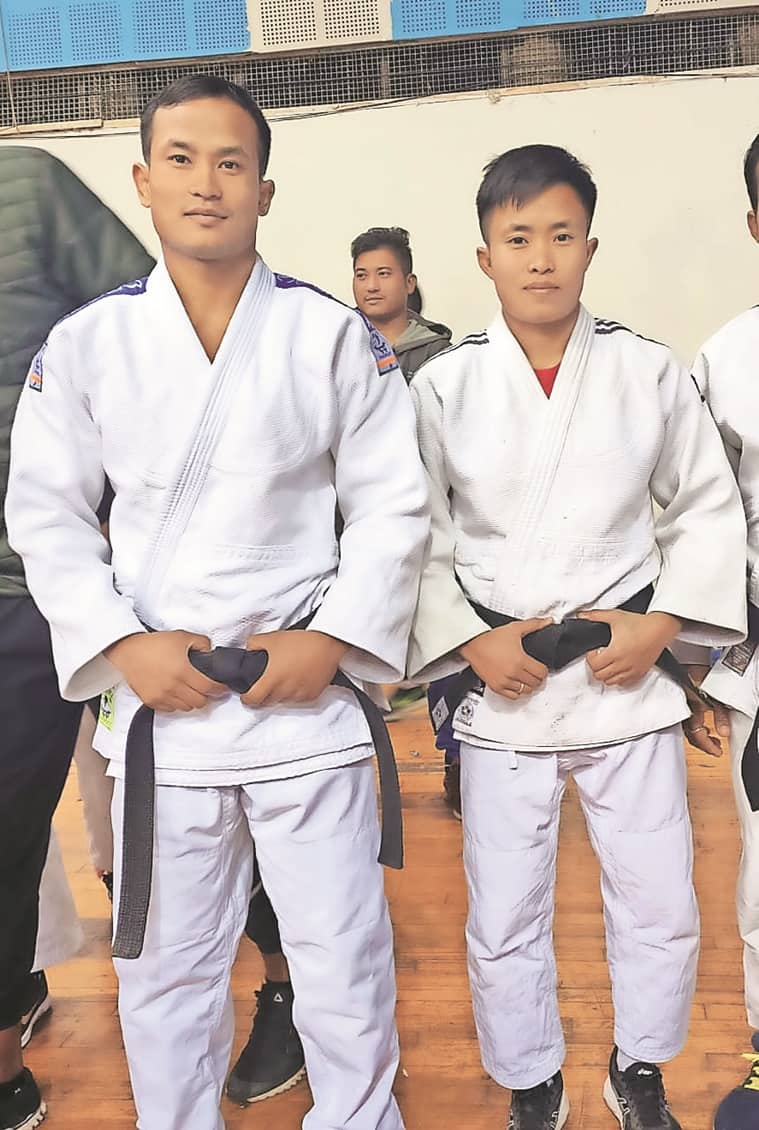 Not allowed to travel, a coach managed to organise a mat for her at home, and she invited a friend and fellow judoka to stay over. They trained as much as possible, but every morning, at the crack of dawn, on the dew-stained road that wound up Marjing Hill, Shushila would jog her way up and down the path. Training on an inclined surface was the purpose. But Shilakshi suspects the idea for that was implanted many years back when they were pre-teens looking to make their way for a training session.

The second lockdown, earlier this year took a greater toll on her. She was stuck in New Delhi, with not much scope to train except for the mat on the roof and a few sparring partners. Before heading to Tokyo though, there was a month-long camp in France.

“We didn’t try to change much in technique because it’s near the competition. What we had was a lot of good sparring partners and did a lot of fitness training – a lot of speed training,” she says. There’s a pause over the phone, as Shilakshi collects his thoughts. “It all started on the backseat of a cycle, holding a water bottle as I peddled,” he finally says.

Now she’s carried a few more suitcases with her, and a bag full of dreams, and flown to the biggest stage in sport.