A UNSC designation will subject Azhar to an assets freeze, travel ban and an arms embargo. 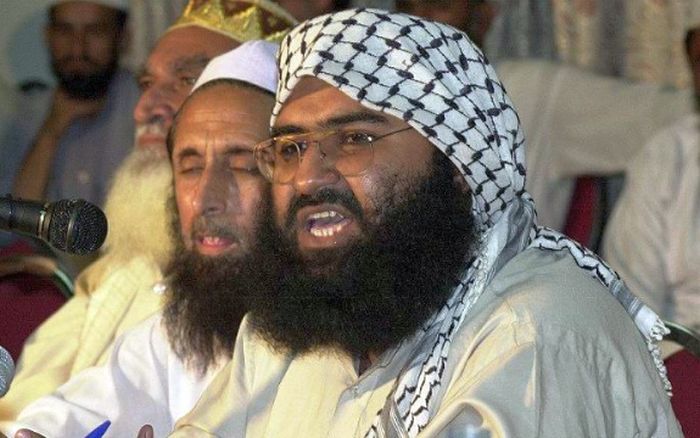 In a huge diplomatic win for India, the United Nations on Wednesday designated Pakistan-based Jaish-e-Mohammed chief Masood Azhar as a “global terrorist” after China lifted its hold on a proposal to blacklist him.

“Big, small, all join together. Masood Azhar designated as a terrorist in @UN Sanctions list. Grateful to all for their support,” India’s Ambassador and Permanent Representative to the United Nations Syed Akbaruddin tweeted.

A UNSC designation will subject Azhar to an assets freeze, travel ban and an arms embargo.

China removed its hold on the proposal, which was moved by France, the United Kingdom and the United States in the Security Council’s 1267 Al Qaeda Sanctions Committee in February just days after the deadly Pulwama terror attack carried out by the Pakistan-based terror outfit JeM.

A veto-wielding permanent member of the UN Security Council, China was the sole hold-out in the 15-nation body on the bid to blacklist Azhar, blocking attempts by placing a “technical hold” and asking for “more time to examine” the proposal.

When asked whether China has lifted the hold, Akbaruddin said, “Yes, done.”

The sanctions committee makes its decisions by consensus of its members.

In recent days, there had been indications that China is likely to come around and will lift its hold on the Azhar proposal.

Beijing had said on Tuesday that the vexed issue of designating Azhar as a global terrorist by the UN will be “properly resolved.”

Chinese Foreign Ministry spokesman Geng Shuang told a media briefing in Beijing on Tuesday that “we support the listing issue being settled within the 1267 committee through dialogue and consultation and I believe this is the consensus of most members. Second, the relevant consultations are going on within the committee and has achieved some progress. Third, I believe, with the joint efforts of all parties, this issue can be properly resolved.”

Beijing put the hold on the proposal on March 13, scuttling yet another attempt to blacklist the JeM chief. The proposal was the fourth such bid at the UN in the last 10 years to list Azhar as a global terrorist.

In 2009, India moved a proposal by itself to designate Azhar.

In 2016 again India moved the proposal with the P3 – the United States, the United Kingdom and France in the UN’s 1267 Sanctions Committee to ban Azhar, also the mastermind of the attack on the air base in Pathankot in January, 2016.

In 2017, the P3 nations moved a similar proposal again. However, on all occasions China, a veto-wielding permanent member of the Security Council, blocked India’s proposal from being adopted by the Sanctions Committee.

Keeping up the international pressure to designate Azhar as a global terrorist, the US, supported by France and the UK, moved a draft resolution directly in the UN Security Council to blacklist the Pakistan-based terror organization’s head.

Beijing lifting its hold is a massive diplomatic win for India, which had relentlessly pursued the matter with its international allies. There had been sustained international pressure on China, particularly from the US, to remove its objection to Azhar’s listing.

Hectic discussions between New Delhi, Washington, New York and Beijing had ensued after the March 13 hold by Beijing as it was clear that India will not relent on the matter.

Diplomats at the UN’s principal organ had warned that responsible member-states of the Security Council “may be forced to pursue other actions” if China continued to block moves to designate Azhar as a global terrorist.

Beijing had staunchly opposed the Azhar listing to be taken directly to the powerful UN body as it would have had to publicly explain its stand on its reservations to list Azhar, whose group JeM has already been designated as terror outfit by the UN, before exercising its veto.

Sources had said that the statement of the case of the latest proposal by France had mentioned that JeM had taken responsibility for the suicide attack against Indian security forces in Pulwama on February 14 in which over 40 CRPF personnel were killed.

The statement of the case had also noted that Azhar is a former leader of the terrorist group Harakat al Mujahadin and he had given a call to volunteers to join the fight in Afghanistan against Western forces.

An assets freeze under the Sanctions Committee requires that all states freeze without delay the funds and other financial assets or economic resources of designated individuals and entities.