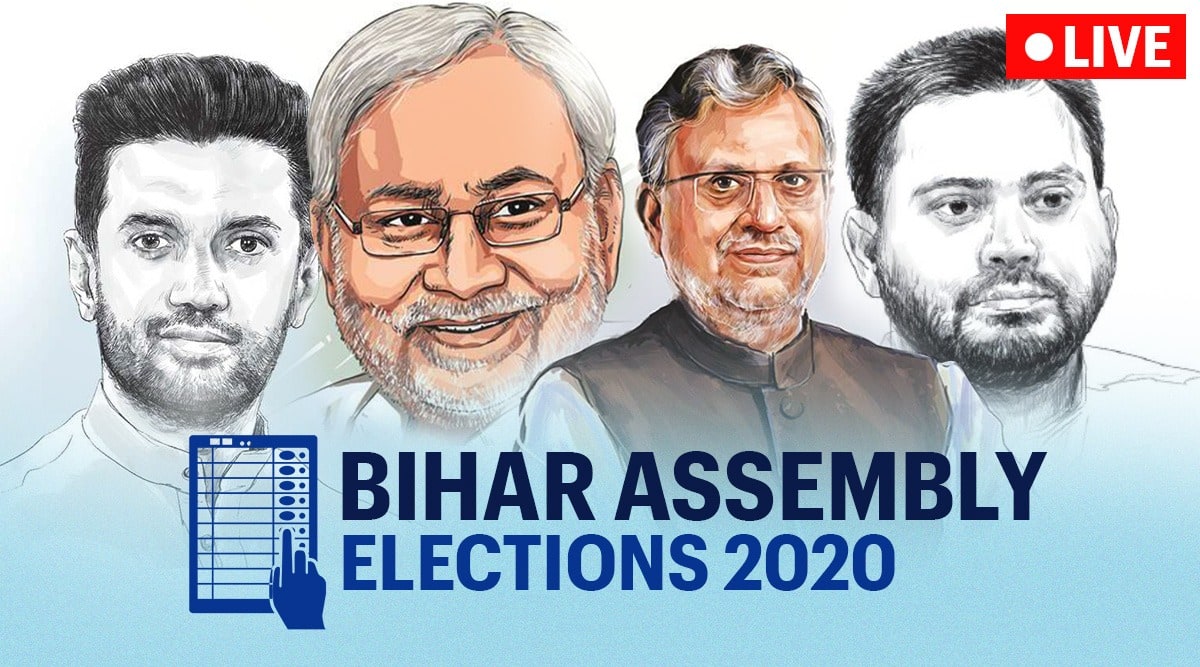 Bihar Assembly Election 2020 Live Updates: As voting for the 243 assembly seats in Bihar inches closer, Bihar Chief Minister and JD(U) chief Nitish Kumar addressed the public in Phulparas constituency on Sunday saying “women empowerment is development of Bihar”. As Kumar bids for a record fourth term as CM, there is now a sense of deep hurt that he did little during the lockdown as migrant workers walked back home, and did nothing to hold them back once it was lifted.

As part of today’s campaign, Former Jharkhand chief Minister Raghubar Das is scheduled to address a rally in Amarpur Bazaar. Besides, other BJP leaders including Manish Tiwari, Aswini Kumar Choubey and Radha Mohan Singh are scheduled to address the public at different locations in the poll-bound state.

Meanwhile, an Election Commission data analysed by The Sunday Express show that the young electorate in state has shrunk significantly.

Election officials on the ground attribute the drop to the Covid-19 outbreak and the subsequent lockdown.

Bihar assembly elections 2020 LIVE updates: Voting for 243 assembly seats in the state will be held on October 28, November 3 and November 7 and results will be announced on November 10.

Responding to Bihar CM Nitish Kumar’s attack, RJD leader and Grand Alliance’s chief ministerial candidate Tejashwi Yadav on Sunday said Kumar was running away from reality. ” “Chief Minister Nitish Kumar has become completely energyless. His tedious, boring, stale and worn-out things have worn the public. Tired Nitish is running away from reality, logic and facts. By ruining the present and future of crores of youth of Bihar, they are turning the stale pages of history,” Yadav tweeted in his latest attack at the CM.

On Saturday, While addressing a poll rally in Teghra constituency, Nitish Kumar said: “Kahin koi ek school banaya tha…agar padhna chahte ho toh apne baap se pucho…apni maata se pucho…kahi koi school tha, ya ban raha tha” (Was there even one school built? If you want to know, ask your father..ask your mother. Was there any school? Was any school being built). Kumar was targeting Tejashwi’s father and former CM of Bihar, Lalu Prasad Yadav, who is currently jailed on charges of corruption, and his wife Rabri Devi.

Today there is more development in Bihar because there is more awareness of empowerment in women. In Bihar, today more girls go to school. The raito of boys and girls have reached equal. 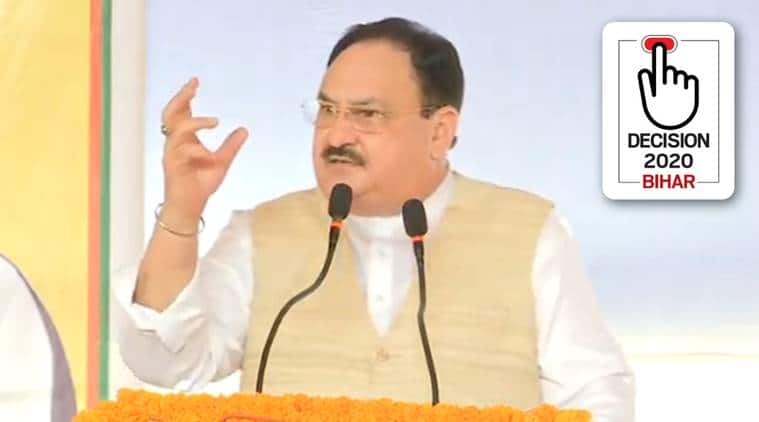 A day after Prime Minister Narendra Modi contrasted the NDA rule in Bihar with the Opposition’s “misrule” during the 1990s, BJP President J P Nadda on Saturday tried to counter the rival parties’ focus on jobs for youths with a promise that the NDA government, when it returns to power, will “work to provide employment to 19 lakh people” in the state.

“There will be a self-sufficient Bihar through a self-sufficient India. It is the responsibility of the government to create job opportunities in Bihar and NDA’s Nitish Kumar government will work to provide employment to 19 lakh people,” Nadda said while addressing an election rally in Nalanda.

Nadda’s promise comes in the backdrop of promises of jobs by the RJD and LJP, which political observers see as getting traction among the voters or at least mobilising crowds in their rallies, especially for RJD’s Tejashwi Yadav.

And amid the opposition’s criticism of the BJP’s Bihar poll promise of free Covid vaccines, Finance Minister Nirmala Sitharaman asserted on Saturday that the announcement was perfectly in order and a party can announce what it wants to do when it comes to power.

Sitharaman had released BJP’s manifesto for the Bihar polls earlier this week. A highlight of the promises made in the document was free Covid-19 vaccines for the state’s people if the saffron party comes back to power.

The voting in the state will be held on October 28, November 3 and November 7 and results will be announced on November 10.