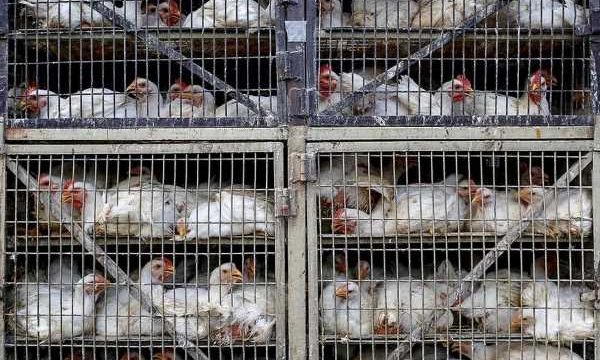 It is estimated that around 60 million people are directly impacted by the poultry sector in India. The death of a 11-year-old boy due to ‘bird-flu’, even before the devastating effects of the second Covid wave have waned, has alarmed the medical fraternity though they assert that human-to-human transmission of H5N1 virus is extremely rare.

The event has also put the Rs 90,000 crore domestic poultry industry which was seeing some uptick in demand after months of low sales last year into a spot of bother, as any curb on sale or production of eggs or chicken could have a devastating impact on its revenues.

It is estimated that around 60 million people are directly impacted by the poultry sector in India.

H5N1 virus, also commonly known as bird flu, is known to spread from chickens but other birds such as ducks and crow are also carriers of the virus.

Not taking any chances, the National Centre for Disease Control (NCDC) has alerted all its centres across the country under the Integrated Disease Surveillance Programme to look for suspected cases.

“We have done the surveillance and contact tracing and even visited the concerned village.

An AIIMS source had said the 12-year-old boy was admitted to the hospital on July 2 with pneumonia and leukemia. He died on July 12.

“His samples tested negative for Covid-19. It came out positive for influenza but was non-typable.

“It was sent to National Institute of Virology, Pune, where they confirmed it to be positive for H5N1 avian influenza,” news agency PTI reported quoting an unnamed source.

Vikas Maurya, director and head of department -pulmonology, Fortis Hospital said that human to human transmission of bird flu is not fast and rare.

“But, exposure to infected birds (such as in the poultry industry) can cause this disease.

“It is a respiratory disease like influenza and if it is severe it can even cause death,” Maurya said.

Experts feel that the death of the young boy due to bird flu is extremely rare because till now there is no conclusive evidence of the flu also called as avian influenza virus crossing over to the humans, resulting in an infection, let alone death.

According to the WHO, almost all cases of H5N1 infection in people have been associated with close contact with infected live or dead birds, or H5N1-contaminated environments.

“The virus only transmits amongst birds and other animals. In light of the recent evidence, we will need nationwide surveillance and awareness about H5N1 in clinicians and residents alike.

Dr Atul Bhasin, director – Internal Medicine, BLK Super Specialty Hospital said bird flu infections can occur after the spread from infected birds shedding virus in saliva, mucous and faeces which get into a human eyes, nose or mouth, or is inhaled in breath via droplets or possibly dust.

One easy and time tested way to fight bird flu is to cook the meat at high temperatures.

The WHO says poultry and poultry products can be prepared and consumed as usual, with no fear of acquiring infection with the avian flu virus, provided one follows good hygienic and cooking practices.

The virus is destroyed at a temperature of 70 degrees Celsius for 30 minutes.

After handling poultry and eggs, one should clean hands and other exposed parts, it said.

“We have not received any information from any of the poultry farms across the country or even backyard poultry of sudden death of birds and if the disease strikes there are set protocols of culling and compensation to the farmers,” Rickey Thaper, Treasurer of Poultry Federation of India said.

He said the alarm could not have come at a worst time as eggs and chicken prices are almost 20-30 per cent higher than last year while demand is expected to be robust as both the items are being consumed as immunity boosters in Covid times.

India last saw a widespread impact of bird flu in January this year when some states like Maharashtra, Madhya Pradesh, Haryana and Chhattisgarh culled poultry birds after the disease was reported.

The IDSP state surveillance unit of Haryana has initiated an epidemiological investigation into the first documented human case of Bird Flu.

The health ministry said that the close contacts of the patient were under surveillance for any symptoms.

There were no symptomatic individuals in the area at present.

The Animal Husbandry Department has not found any suspected cases of bird flu in the area and has enhanced surveillance in a 10 km zone as a precautionary measure.