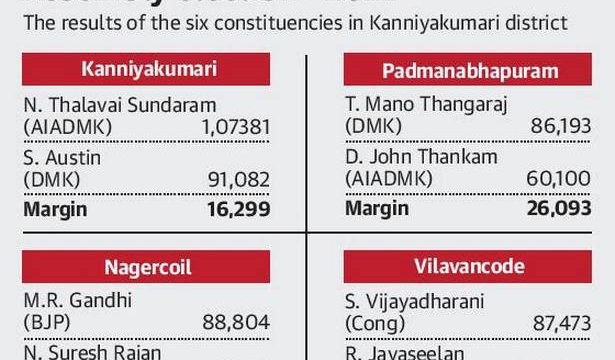 Kanniyakumari district, which denied a seat to AIADMK in 2016, has given a seat each to the party and its ally BJP as their candidates won the Kanniyakumari and Nagercoil constituencies respectively.

BJP’s Jayaseelan lost to Ms. Vijayadharani in Vilavancode segment by a margin of 28,669 votes.