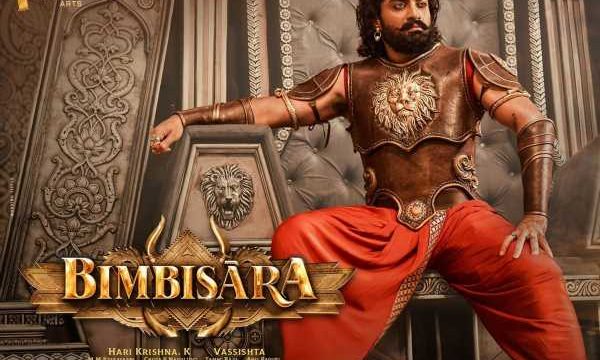 Bimbisara Box office Collections: Nandamuri Kalyan Ram starrer recently released socio-fantasy action thriller Bimbisara, written and directed by Mallidi Vassisht which was released on 5th August  has become a successful venture at the box office. The movie Bimbisara has entered the profit zone and is continuing to run at the theatres successfully. Now according to the makers Bimbisara has crossed  $500k mark at the USA box office. The makers confirmed the same by sharing a new poster on Twitter handle, “Its “Half a Million Mark” for Bimbisara at USA Box Office”.

Kalyan Ram  is playing the role of the Emperor of Magadh in the 5th century BC. The film has received positive reactions from the movie lovers and is running successfully at the box office.

Kalyan Ram is playing dual roles -Bimbisara and Deva Dutta. The movie revolves around the menacing king Bimbisara, who teleports into modern day world after committing a grave mistake of killing a child.

The fantasy drama is being applauded for the honest attempt from a debut director and his conviction. The performances of the cast are appreciated along with the bgm. Fans of the Nandamuri family are celebrating this successful venture.

Bankrolled by Nandamuri Kalyan Ram under his  home banner NTR Arts, it has the music by MM Keeravani.