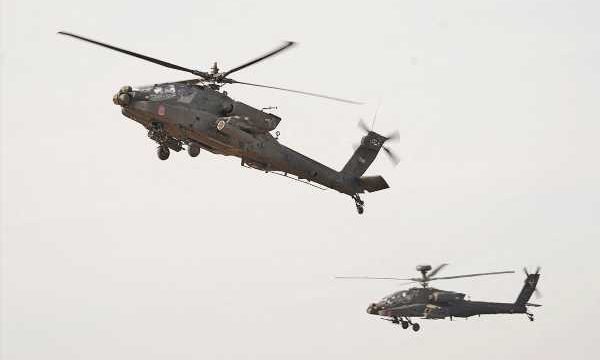 ‘The future is about autonomy and tanking.’

India was an important country even before the ongoing Ukraine war for Boeing, according to Ted Colbert, executive vice-president at the aircraft manufacturer.

“The F/A-18 Super Hornet is right in front of us from a go-forward perspective. And we’re waiting to hear on the navy’s decision there. So that would be another opportunity to grow,” Colbert tells Ajai Shukla/Business Standard.

With the Russia-Ukraine war going on, is NATO realising that they haven’t been paying what they should have for their defence, are you now focused on equipping NATO?

Obviously, the conflict is a high priority for everyone. And they are all investing more heavily into defence. So it will all depend on what they want to do, how they want to do it and how fast they want to move, and on our ability to support those needs.

Given what Russia is doing, is that diverting you from looking at countries like India?

I wouldn’t call it a diversion. I’d say that India was an important country as many others before the conflict. We’ve been investing in India for over 75 years. We’ve had partnerships in the MRO (maintenance, repair, and operations) world.

We have really strong performing platforms like the Apache, Chinook helicopters and the P-8I aircraft. And I wouldn’t say I’ve taken one ounce of focus off of any of those things.

Would you say that this is no longer a buyer’s market?

I always have to see it as a buyer’s market. We have to compete with every single deal on the table. And we compete on the basis of our ability to sell through the United States government and meet the requirements that come from the customer.

This will always be a competitive run for us. And so even with the more intense focus on defence capability around the world, it’s still serious competition. Very, very serious.

So what will be the drivers of Boeing’s global defence business now? Are you seeing any specific themes emerge or localisation?

I think that one of the biggest themes that you just mentioned is localisation. Many parts of the world desire indigenous capability. It is our local defence industry and we play a part in that by, one, making sure they have the products and capabilities they need today, but also making sure that we’re building capacity and capability to go forward. And we’re doing exactly that here with our partnerships, with our MRO.

We have partnerships with the Tata (Tata Boeing Aerospace Limited) joint venture, where we are co-producing Apache, fuselages and commercial parts.

This is why for me it’s a very interesting moment because the things that we have been doing are the things that we’re being asked just to do more of. And I think we are very, very well situated to be able to grow indigenous capability for India to support.

I think relative to our peers, big global industrial defence companies, I think we are in a very, very, good position. The strongest, with more than 300 suppliers here, 4,000 employees and if the F/A-18 is selected, it’ll create $3.6 billion worth of economic value for the country.

I’m not sure you can say that’s not a great place to be in.

And the other part I’d say, if I bring it back up the value from the product itself, building capability on the engineering side to develop products and capabilities for the next-generation platforms is part of what we intend to do and have been having early discussions with partners about in the country for next-generation helicopters, fighters that are indigenously engineered and produced here.

So the theme is, you know, while the world has consumed platforms on an import basis for a very long time, the future will be about partnering and building up the defence industrial base within countries and partnering with companies like ours. And we want to be part of that and we want to be prepared for it. And that’s where we are.

So is there any prospect or likelihood of a change in Boeing’s pattern of sourcing from India? Are you going to be sort of biased more in favour of smaller companies or are larger companies going to offer you, in your opinion, more benefits? Is there going to be any change?

I think we have partnerships with larger companies, obviously, as I had mentioned earlier Tata. We are talking to other companies.

We have a handful of smaller relationships with emerging tech companies. We all have to accelerate partnerships with small, medium and large companies around the country because that is the way that will help build that indigenous capability and be a part of the future platforms.

So I think it is not one or the other, it’s an end and it’s all in, it’s faster, you know. And I think that’s super important to us.

Salil Gupte (CEO, Boeing India): So and just to add, you know, Ted mentioned we have more than 300 partners, that are suppliers here in India, over 25 per cent of them are MSMEs.

And the way we do that is that over the time that I’ve been here in the last three-and-a-half years, we have ramped up our supply chain capability that’s based out of Bengaluru actually, and built up a team of people who predominantly go out and engage MSMEs perhaps in different spaces.

So they might be in the automotive space or in the agri space, other industries, and they pull them into the aerospace field.

They do any upskilling that might be required, materials, quality standards, you know, all of those things to become an aerospace grade supplier. And then they work with us.

One of them (Rossell Techsys) actually won our Supplier of the Year award twice in five years, which is quite unprecedented.

So is India going to remain a sort of billion dollar market? What are your revenue projections, five years or 10 years down the line?

I don’t have specific figures. If you think about the base that we have today, we have very significant Apache, Chinook, P-8I fleets in the country, we have an MRO capability in the services business that supports all three of those and the C-17. I don’t see those levelling off. I’m hoping that over time we continue to grow the fleets and in particular the P8I fleet.

The F/A-18 Super Hornet is right in front of us from a go-forward perspective. And we’re waiting to hear on the navy’s decision there. So that would be another opportunity to grow.

And then the future is about autonomy and tanking. I’m hoping that over time we are able to, you know, partner with the country to provide more capabilities on both those fronts as well.

So I wouldn’t quote a specific number or a percentage as much as my intention is for this to be a growth part of the world for us. And hopefully that stays in line with the investments that the country is making into the defence industry.

So if we can move at that pace, that would be good.