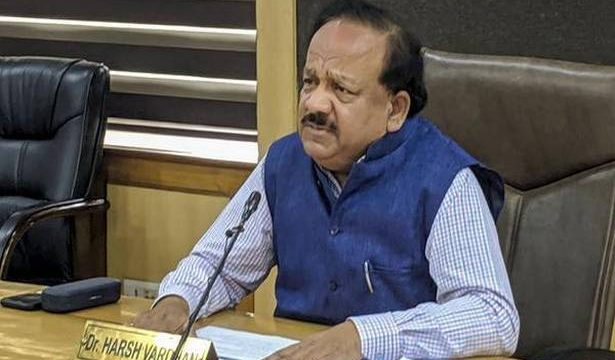 As many as 70 lakh people suffer burn injuries every year with a mortality figure as high as 1.4 lakh, he says.

State-of-the-art burn care is negligible in India even though the country sees as many as 70 lakh people suffering burn injuries every year with a mortality figure as high as 1.4 lakh, Union Health Minister Harsh Vardhan said on Monday.

“Burn injury is one of the biggest causes of workforce loss and this is an issue of concern for a rapidly developing economy like India…. There is a dire need for a healthcare facility which can provide high quality care for large fraction of population,” he said.

Mr. Vardhan was speaking after inaugurating the newly constructed Burns and Plastic Surgery Block at the premier All India Institute of Medical Sciences (AIIMS) here. The block was dedicated to Sushruta, the Father of Plastic Surgery, the health ministry said in a statement.

“India has as many as 70 lakh burn injuries annually with mortality rate as high as 1.4 lakh per year and an additional 2.4 lakh patients end up with severe deformities. Due to its large population, most of the burn care facilities are overburdened and the state-of-the-art burn care is negligible,” the minister said.

The new block at AIIMS has been conceived with the vision of providing state-of-the-art care in the field of burns management and research, Mr. Vardhan was quoted as saying in the statement.

Mr. Vardhan added that this initiative by the government will bridge the gap between need and availability. Explaining the objective behind setting up the block, he said that there are three goals. “The first is to reduce the number of deaths due to burns; a present death toll of 1.4 lakh a year due to burn is not a happy situation. The most important determinant of death in burn patients is infection. This facility has individual cubicles in ICU for 30 patients and 10 private isolation beds to prevent any cross infection. Second, by adhering to standard protocols the institution will be able to reduce the number of people who will end up with deformities,” he said.

“Third is to bring down the costs — management of burns involves direct and indirect costs. Direct cost comprises what is spent on medical care, and indirect loss is the economic impact due to loss of job, loss of wages, loss of productivity and loss of training etc,” he said.

The new block, he said, is equipped to deal with approximately 15,000 burn emergencies and 5,000 burn admissions a year.

It can deal with mass casualties efficiently by converting the patient receiving area itself into an emergency ward as per need. Integration of the block with the trauma centre will provide easy assistance to the trauma team in no time. These definite steps will help in decreasing deaths in burn patients and also reducing the deformities in survivors, Mr. Vardhan said.

He said, “This centre has been conceived with the vision of incorporating our ancient wound management skills as well. It will be equipped with most recent advances in medicine including AYUSH medications that are available for burns wound management. In addition, the facility will also train necessary staff and personnel.”