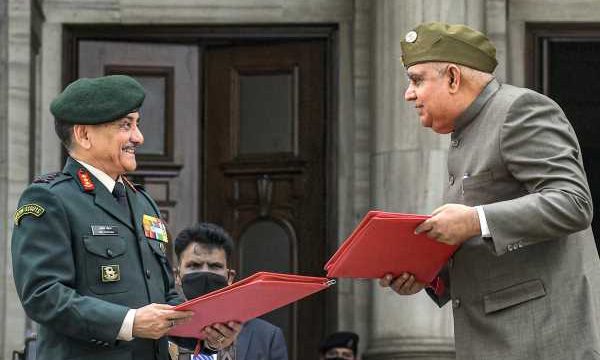 ‘General Anil Chauhan ticks all the right boxes as the new chief of defence staff.’

“He has an understanding of the national strategic perspective and will connect well with other elements of national power — political, strategic, diplomatic and industrial,” Lieutenant General P J S Pannu [retired], former commander of the Leh-based XIV Corps in charge of the China border, tells Rediff.com‘s Archana Masih.

What makes Lieutenant General Anil Chauhan best suited to be selected as the Chief of Defence Staff? What strengths does he bring into this crucial appointment?

When his name was announced I realised all that I had said in my previous interview in June had turned out to be true. He ticks all the right boxes that a retired three star general must fulfil to be selected as CDS.

He is a professional soldier, very focussed and a man of few words. He has been a part of hard core combat operations and been Director General of Military Operations. Hence, he has a good grasp of military operations.

He was the Army Commander of the Eastern Command that largely deals with China.

He has a deep knowledge of both our adversaries — China and Pakistan.

He has also been military advisor to the National Security Advisor and would have had a bird’s eye view of the national security architecture.

He is a very good pick for the job. 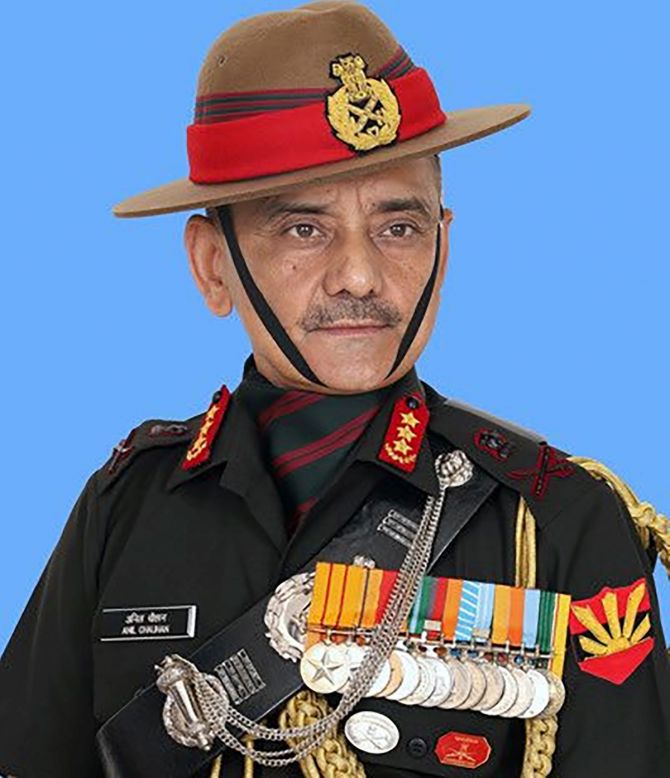 Initially, there was concern about a retired general presiding over serving chiefs — now that a retired officer who was senior to the chiefs has been appointed, does it address that apprehension squarely?

Before he retired, he was senior to the present chiefs. Therefore, he would be acceptable to the three serving chiefs.

The three services will respect the fact that he has a strategic overview by virtue of being an advisor to the NSA. He has an understanding of the national strategic perspective and will largely connect well with other elements of national power — political, strategic, diplomatic and industrial.

I would like to add here that industrial and technological power contributes immensely to comprehensive national power. 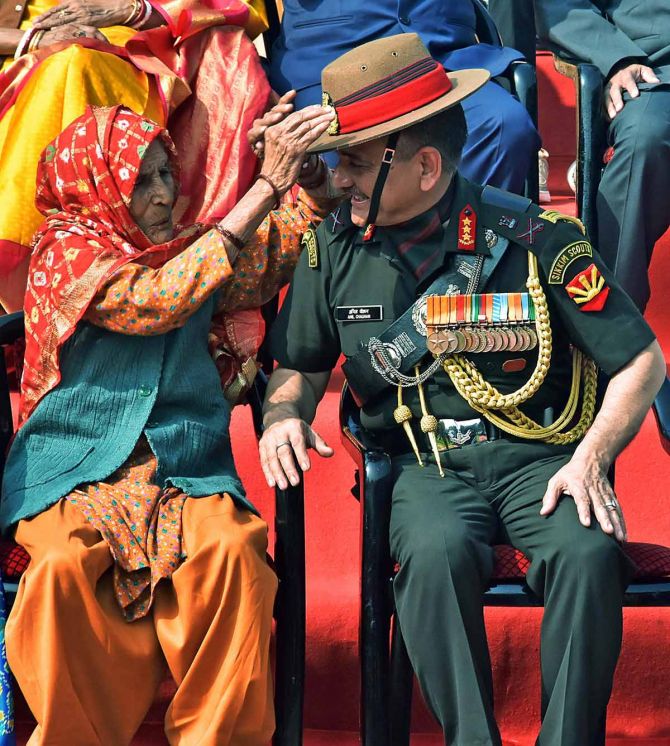 Since this is the first time a retired officer has been re-appointed and brought back into the highest post of the Indian Armed Forces, what impact is it likely to have?

A retired defence personnel still has a liability towards the nation. He has a reserved liability to be called back to the service of the nation anytime. This is a precedent the world over. Officers also wear uniforms post retirement when they go to Rashtrapati Bhavan to receive medals.

The appointment of the CDS has come through a Presidential order and the terms and conditions are laid. I don’t think there is reason for concern; I would think it is more a perceptional issue with people because this has not happened before.

The Government of India has exercised the option to appoint whoever they found most suitable.

Like I said, General Chauhan ticks all the boxes. He is senior to the chiefs and is experienced. Ever since he retired last year, he has continued to deal with issues pertaining to the three services in his role as military advisor.

I would say he was the most connected person in the national security apparatus. 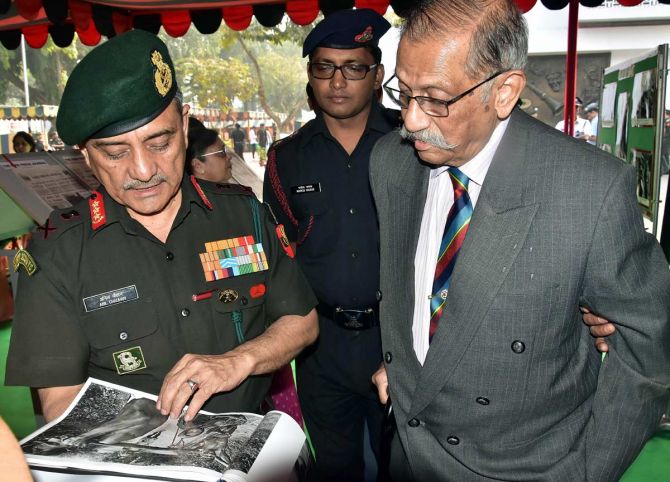 What are some of the most urgent tasks ahead of him?

The nation faces some challenges that are peculiar in nature. India has been independent for 75 years and fought many wars. We are faced with both internal and external challenges. Our adversaries have only grown stronger and continue to challenge us.

We have to defend our borders and ensure that we create a force which wins wars rather than merely protect the borders.

1. The CDS needs to bring structural reforms where the emphasis should be upon infrastructure. The three services must have digital platforms that connect with each other.

2. Cyber and space war should be seen as vital frontiers.

3. The military and border guarding forces must be brought under the same umbrella. They have to be technologically harmonious and more relevant to each other.

4. India has been among the largest importers of military hardware. Most of these components are not very trustworthy because the source is not known.

There is also the risk of penetration by cyberattacks. We have to make sure that technology infusion in the armed forces is of the highest quality and we build a better defence industrial complex that makes us win on all fronts.

The CDS has the larger challenges of making sure that the three services are networked and our own defence industry supports this network through a viable supply chain.

5. The skill sets in the military have to undergo a change. There cannot be ‘jacks of all trades’; there has to be super specialisation in the senior ranks.

He should lay emphasis that technological power contributes to the comprehensive national power. I am sure the CDS would ensure all this. 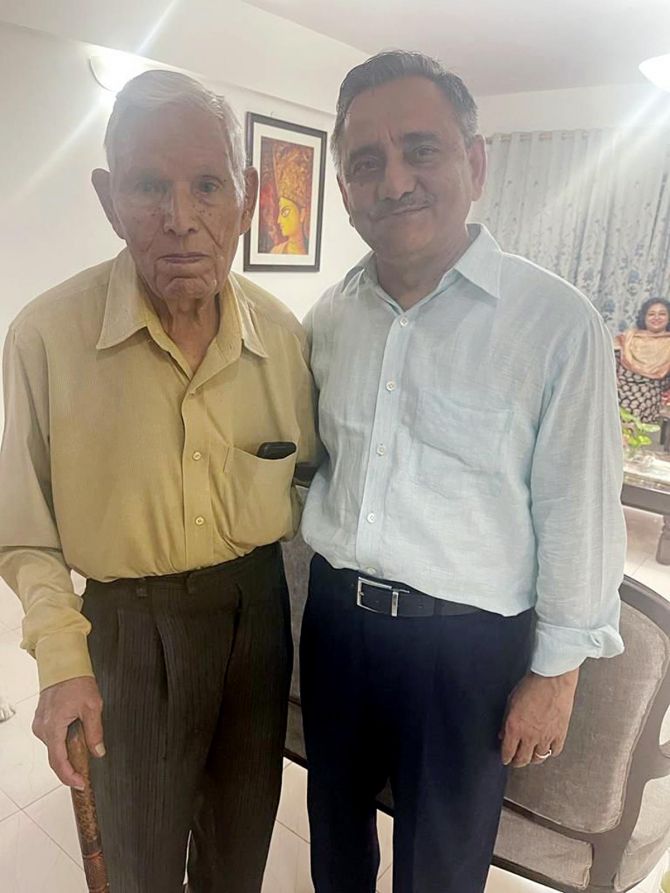 Why did it take almost 9 months to fill this crucial vacancy?

Sometimes sensitive posts need prolonged deliberations, especially in a democratic setup. Once you take a decision, you cannot go back or suffer the consequences. A quick decision may not have provided a long lasting solution.