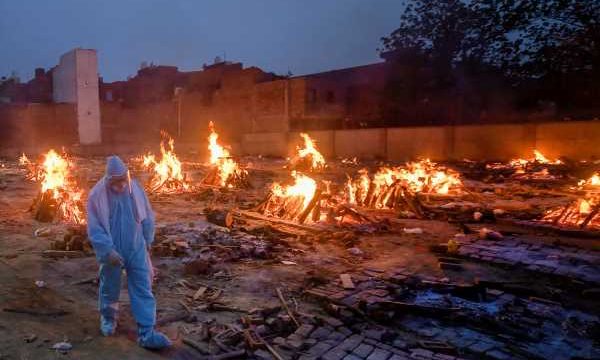 Whenever the Census operation resumes, it will capture the impact of Covid-19 to a large extent, including the extra-lethal second wave, reports Abhishek Waghmare.

Census 2021: On March 25, 2020, weeks after Covid-19 was declared a pandemic and the day Prime Minister Narendra Modi announced the nationwide was lockdown, the Centre decided to postpone one of the biggest data collection exercises in the world — India’s decadal population Census.

Till that day, only one person had died of Covid-19 in India, according to official data from the health ministry.

Today, while the recorded Covid-19 deaths have crossed 4,00,000, the real toll could be higher, as the cause of only one in five deaths gets officially registered in the country.

The actual plan of the Registrar General of India (RGI), the institution under the ministry of home affairs that carries out the Census, was to capture the house listing data in the period April-September 2020, and do population enumeration in February 2021.

Though the house listing part has been completed, there has neither been any update from the RGI office, nor the Press Information Bureau, the government’s outreach arm.

The most important part of population enumeration, which involves documenting each and every household in the country, had not yet taken off.

Queries sent to the office of RGI to find out what stage this part has come to, remained unanswered till the time of publishing.

Now, whenever the Census operation resumes, it will capture the impact of Covid-19 to a large extent, including the extra-lethal second wave.

Moreover, it will capture all deaths, even those which have not been tagged as Covid-19 deaths officially.

We may not know anything about it until the data is collected, cleaned, and published.

However, century-old data tells us how the impact of the Spanish flu of 1918-1920 was captured.

The Census of 1921, carried out by British authorities in India gives us three primary insights.

But was the impact on population similar across states? This brings us to our second inference: Populous states faced a higher dip in population.

Finally, the impact was way more lethal on women than men.

Most major states showed a higher drop in women population, revealing the gender impact of the pandemic a century ago.

Now, these inferences will surely not get replicated as-is this time: the population has grown manifold, health systems have improved at the root, and even relatively under-developed states now have access to much better healthcare than they did a century ago.

This time, the impact seems to have been more pronounced on men than women.

A survey by Maharashtra government authorities in Pune showed that as many as 70 per cent of Covid-19 deaths in the city were of men, according to a Times of India article.

Even in the US, the country with the highest recorded Covid-19 deaths, men have had a more severe tryst with the disease.

About 55 per cent of Covid-19 deaths in the United States have been of men, even though their share in total cases, 48 per cent, is lower than women (52 per cent).

Globally, for every 10 women hospitalised for Covid-19, there are 12 men who have got admitted.

For severe cases, for every 10 women admitted to ICU, there are 18 men suffering a similar fate, according to the Global Health 5050 project.

The Census 2021 data, whenever it is released, will tell us how we fared this time, a century after the devastating Spanish Flu.

Census 2021 has 31 questions in its household schedule, more than any Census before this.

The data has been captured using a mobile application for the first time, and the household Census will also be captured digitally.