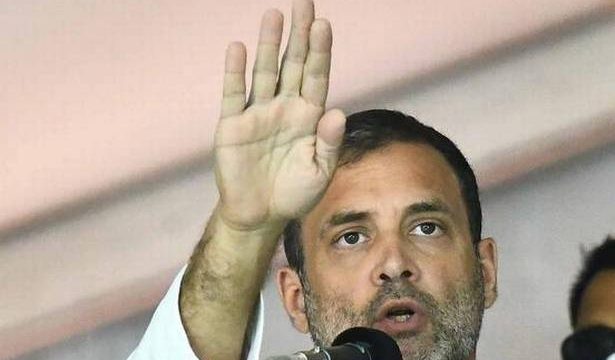 “Our jawans are not cannon fodder to be martyred at will,” Mr. Gandhi said on Twitter.

Congress leader Rahul Gandhi on Monday alleged that the operation against naxals in Chhattisgarh, in which 22 security personnel were killed, was “incompetently” executed and “poorly designed”.

“Our jawans are not cannon fodder to be martyred at will,” Mr. Gandhi said on Twitter.

Befitting reply to Chattisgarh Naxal attack will be given at appropriate time, says Amit Shah

Out of the 22 fatalities in the Saturday naxal attack in the State, the Central Reserve Police Force (CRPF) lost eight men, including seven CoBRA commandos, while one jawan is from the Bastariya battalion, eight from the DRG and five from the Special Task Force.

Citing a media report quoting CRPF Director General Kuldeep Singh as saying there was no intelligence failure in the operation and an equal number of ultras were killed, Mr. Gandhi said, “If there was no intelligence failure then a 1:1 death ratio means it was a poorly designed and incompetently executed operation.” Officials on Sunday had said that a CRPF inspector is still missing. Thirty-one security personnel were also injured in the ambush by naxals.

The security personnel were ambushed by naxals when they were out on a combing operation in a forest along the border of the Bijapur and Sukma districts of the State.

Director General Singh had acknowledged that his personnel were “surprised and ambushed” during the attack on Saturday that lasted several hours.

Other officials in the know of the developments said the forces may have been waylaid by the naxals.