Rakeshwar Singh Manhas had gone missing after a gun battle between the security forces and Maoists on April 3. Three days later, the Maoists had said the jawan was in their custody. 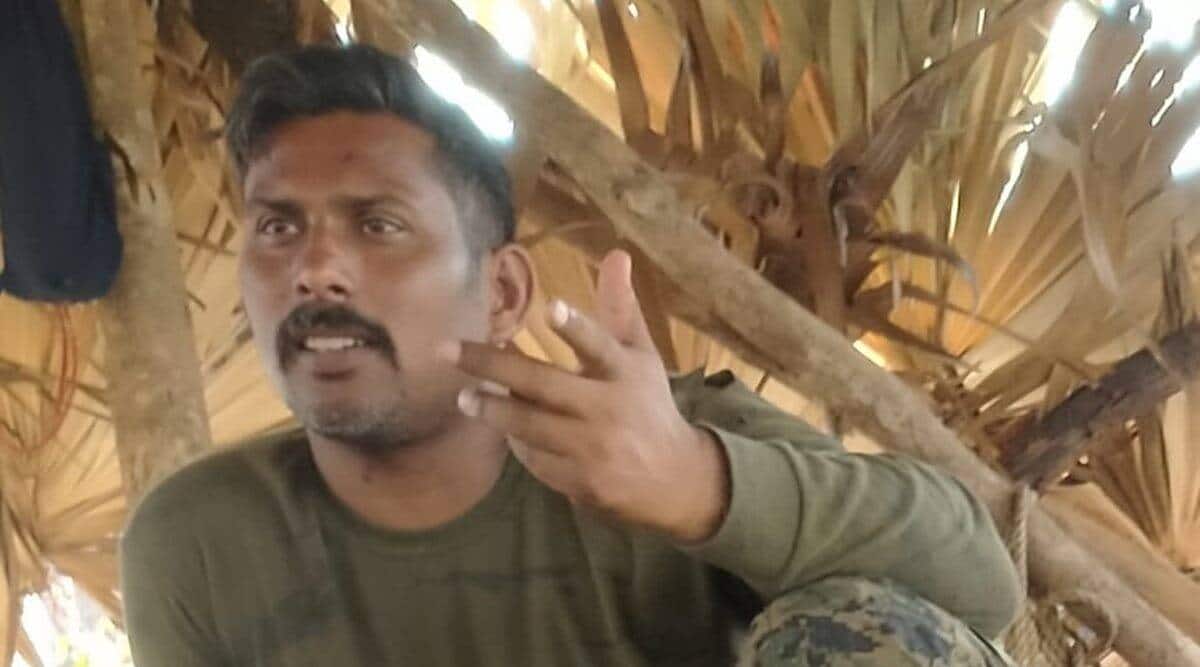 Maoists in Chhattisgarh have released CoBRA jawan Rakeshwar Singh Manhas, after keeping him in their custody for five days.

A team of local journalists went to retrieve Manhas on Thursday, and according to the latest reports, he is yet to reach the CRPF camp in Tarrem, on the Bijapur axis.

Manhas had gone missing after a gun battle between the security forces and Maoists on April 3. Three days later, on April 6, the Maoists had said the jawan was in their custody, and asked the government to name interlocutors for his release.

In a press note, Vikalp, spokesperson of the Dandakaranya Special Zonal Committee (DSZC) of the banned CPI (Maoists), said, “The government must declare the names of interlocutors. After that, we will release the policeman in our custody. Till then, he will be safe under our security.”

The Bastar IG then released a statement, in which Manhas was described as missing, and said the veracity of the press note was being checked.

A day later, on Wednesday, the CPI (Maoists) released a picture of Manhas, in which he could be seen sitting on a plastic mat under a temporary shelter, possibly at a Maoist camp.

Manhas, a constable in the elite Commando Battalion for Resolute Action (CoBRA) unit of the CRPF, is a resident of Jammu. On Sunday, after he was declared missing, a senior CRPF officer had met his family in Jammu, and assured his relatives the government was fully behind them and trying its best to get him back.

In the Maoist ambush on Saturday, 22 personnel were killed, of which seven were CRPF commandos of the CoBRA unit.

In the press note of April 6, the DSZC released names of four Maoists who died in the operation. It also claimed that the Maoists had managed to procure 14 weapons, more than 2,000 bullets, and other items.