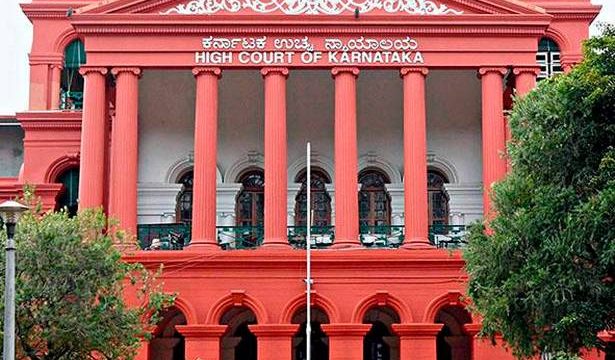 Children born from all void or voidable marriages, irrespective of the personal laws applicable to their parents, are eligible for compassionate appointments in government service, said the High Court of Karnataka.

The court said it is constrained to make these observations in order “to protect the children born out of void and voidable marriages under any of the personal laws applicable in India or the Special Marriage Act, 1954, irrespective of whether the personal law confers such legitimacy or not”.

In this exercise, the Bench found that even under the Special Marriage Act, 1954, which is not relatable to any personal law and it is a species of a uniform civil law applicable to marriages of persons irrespective of the religion they may belong to, there are concepts of void and voidable marriages.

Also, the Bench said, both the Hindu Marriage Act, which is a personal law for Hindus, and the Special Marriage Act, recognises a child born out of a void or voidable marriage deemed to be a legitimate child.

As the Special Marriage Act, which is an example of legislation which is driven towards the Uniform Civil Code envisaged under Article 44 of the Constitution of India, the Bench said that “it is just and necessary to protect the rights of the children born from all void or voidable marriages and extend the benefit of the rules or regulations concerning compassionate ground appointments to all such children, de hors, the personal law applicable to them in the context of the marriage being void or voidable under the said personal law”.

The Bench said that though it is for Parliament to legislate on the conferment of legitimacy on children born out of the void or voidable marriages under the personal law other than the Hindu Marriage Act and the Special Marriage Act, as under these two laws such legitimacy is conferred, “children born out of void and voidable marriages under other personal laws, where there is no provision for conferment of legitimacy, must also have equal protection insofar as the appointment on compassionate basis is concerned”.

‘Child has no role’

“…no child is born in this world without a father and a mother. A child has no role to play in his/her birth. Hence, law should recognise the fact that there may be illegitimate parents, but no illegitimate children,” the Bench observed while directing Karnataka Power Transmission Corporation Ltd. to consider the application of one K. Santhosha of Kanakapura taluk for appointment under compassionate basis.

Santhosha was born out of second marriage of his father, Kabbalaiah, who was employed as a lineman with the KPTCL, during subsistence of his first marriage. On the death of his father in 2014, Mr. Santhosha, who was only 19 years of age then, applied for compassionate job but his application was rejected on the ground that he was ineligible for being the son of the second wife.

Meanwhile, the Bench said the KPTCL’s norm run counter to Section 16 the Hindu Marriage Act and also Articles 14, 15(1) and 16(1) as well as the Directive Principles of State Policy of the Constitution concerning children, which would include all children, whether legitimate or illegitimate, to have equal opportunities.