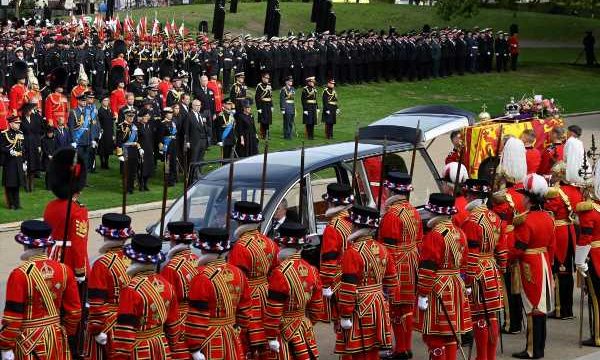 China on Monday termed as “disgraceful” the British government’s permission for a Taiwan representative in the UK to sign the condolence book of Queen Elizabeth II, who passed away on September 8.

President Droupadi Murmu was among many leaders who visited Westminster Hall in London to offer their tributes to the late British monarch and signed a condolence book.

“Let me stress that the DPP (ruling Democratic Progressive Party of Taiwan) authorities make use of the occasion to seek political manipulation,” Chinese foreign ministry spokesperson Mao Ning told a media briefing in Beijing when asked about Taiwan representative in the UK Kelly Wu-Chiao Hsieh was specially invited by the British government to sign the condolence book.

“This is disgraceful. This doesn’t change the fact that Taiwan is part of China. The political scheme of the Taiwan authorities is doomed to fail,” Mao said.

China, which claims Taiwan as part of its mainland, advocates One China policy and resents any official diplomatic protocol to Taiwan officials by foreign governments.

British House of Commons Speaker Lindsay Hoyle rejected a request by a delegation of Chinese officials, including its ambassador to Britain, to attend the lying-in-state, Hong Kong-based South China Morning Post quoted reports as saying earlier.

Zheng Zeguang, China’s ambassador to Britain, was barred from attending Parliament last year after Beijing sanctioned several British lawmakers who have been outspoken about purported human rights abuses against ethnic Muslim Uygurs in the Western region of Xinjiang.

The funeral for the late queen, who died aged 96 at her Balmoral estate in Scotland, was held at Westminster Abbey in London on Monday.