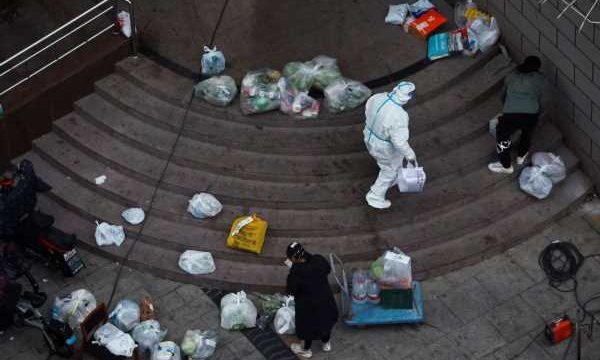 Doggedly persisting with its much-criticised zero-Covid policy, China has slipped deeper into the coronavirus quagmire as it reported a record 31,444 infections on Thursday with many of its cities, including Beijing, resorting to community lockdowns to stem the virus amid worsening wintery weather. 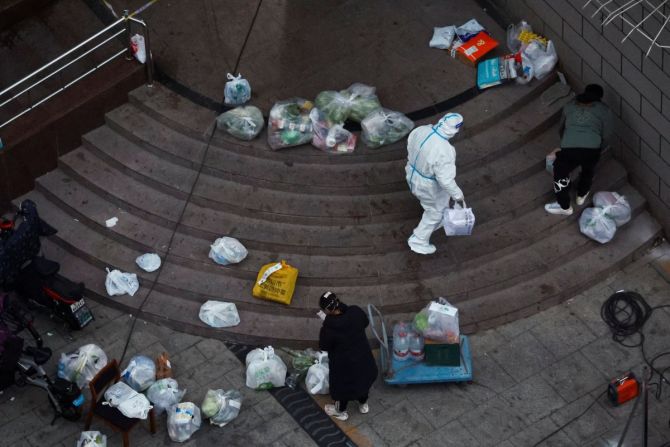 Faced with a renewed surge in cases in Beijing, as well as the first deaths from the virus in months, officials have already implemented some restrictions in several districts, with shops, schools and restaurants closed.

The National Health Commission reported 31,444 local infections on Thursday, surpassing the 29,317 cases recorded on April 13 during the height of the lockdown in Shanghai where over 25 million people were confined to their homes for months, drawing public protests.

Also, there is growing anxiety in the capital Beijing, especially the sprawling Chaoyang district, home to the country’s top leadership, besides the elite as the caseload in the district climbed to 1,648, perhaps the highest in recent times.

As the virus cases continue to climb for the past two weeks, city officials resorted to lockdowns of huge apartment blocks and commercial buildings, confining people to their flats.

Among those restricted to their homes were some Indian families who were told not to step out until November 27.

They were being provided with food supplies at their doorstep.

Officials were in a quandary over the sharp spikes as the rise of Covid cases comes following last month’s 20th Congress of the ruling Communist Party which re-elected President Xi Jinping, who is a firm advocate of zero-Covid policy.

Besides Beijing, big outbreaks are reported in Guangzhou, and Chongqing besides Jinan, Xian, Chengdu and Lanzhou.

As the periodic lockdowns of cities in the last two years resulted in a slowdown of the Chinese economy, the International Monetary Fund has waded into the controversy over Beijing’s rigid zero-Covid policy, asking the government to recalibrate its coronavirus policy to halt the disruption of industrial chains.

The IMF’s annual health check of the Chinese economy, the world’s second largest, this week has identified the Covid-19 pandemic, a slumping property market, and external demand as major risks.

China needs a ”recalibration” of its zero-Covid strategy to bring its economy back on track while relying on market reforms to raise productivity and deliver medium- and long-term growth, Gita Gopinath, first deputy managing director of the IMF said.

It would be helpful for Beijing to increase the rate of vaccination, especially among the elderly if it really wants to strike a balance between economic growth and preserving lives and health, Gopinath told the Hong Kong-based South China Morning Post.

”We need to maintain vaccinations at a high level and deal with the cases that may come up by having sufficient antiviral medication to help, and having greater healthcare capacity,” Gopinath said.

China says much of its population is vaccinated against Covid but large chunks of the old age population were left out due to concerns over the impact of the vaccines on their health.