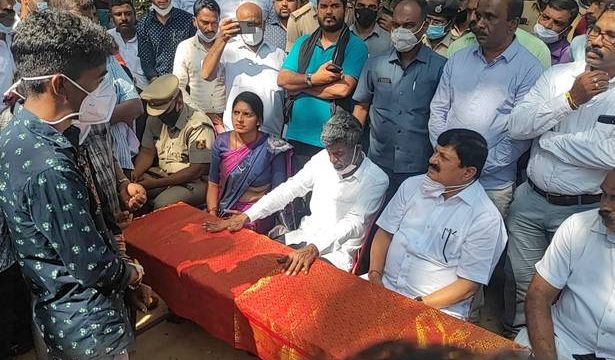 Home Minister Araga Jnanendra announced that the Criminal Investigation Department (CID) will probe the alleged police assault on the bridegroom and other members of a family of Koraga tribesmen at Kota in Udupi district on December 27, and the complaint filed by the police against the bridegroom and six others in connection with the incident.

The inquiry will bring out the truth and police personnel, if found at fault, will face strict disciplinary action, as their alleged conduct has brought a black mark on the State police force. Each of the nine injured victims will get compensation of ₹2 lakh from the State Government, Mr. Jnanendra said on January 1 after visiting the family at Kotathattu village.

Talking to reporters, Mr. Jnanendra said he is pained over the reported lathicharge by Sub-Inspector B.P. Santosh and six other personnel on bridegroom Rajesh and others who had gathered for the mehendi function on the night of December 27.

“I know these Koraga community people quite closely. Mehendi function is a rarity in this community, which is known for their law-abiding nature. It appears the police unnecessarily assaulted Rajesh and others,” he said. A couple of days after the alleged incident, a police constable appears to have filed a false complaint against Rajesh and six others accusing them of assaulting police and obstructing the latter from discharging their duty, he said.

Mr. Jnanendra has directed Director General and Inspector General of Police Praveen Sood to get the matter investigated by the CID. “As this involves police, I have asked for a CID inquiry, which will bring out the truth,” he said.

The Minister said the PSI failed to inform higher-ups before taking action against Rajesh and others. Mr. Santosh was suspended while disciplinary action will be taken against other police personnel.

The Home Minister said the State Government is with Dalits, minorities and oppressed sections of society. “Have faith in us. There will be no action from this government that is detrimental to these communities,” he said.

Mr. Jnanendra presented a cheque of ₹50,000 to each of the nine injured persons, and said this is part of a ₹2 lakh compensation.