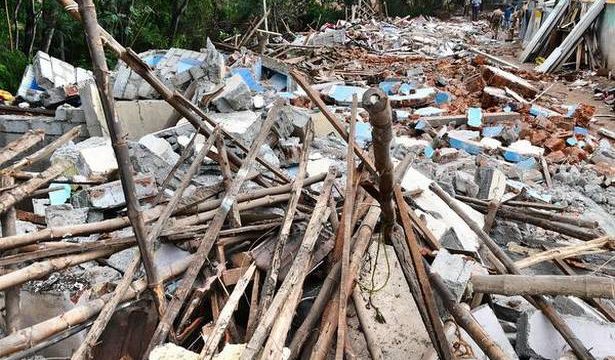 Coimbatore Corporation on Thursday removed encroachments in the eastern part of Gokulam Colony, off Marudhamalai Road, in P.N. Pudur.

Executive Engineer, encroachment removal, S. Ravichandran and Assistant Town Planning Officer K. Sathya, who led the eviction drive, said the Corporation demolished 57 houses that were built at least over 30 years ago encroaching upon a channel that fed water to the Krishnampathy tank.

Around 75 families were living in those houses that stretched for around a kilometre along the channel.

The Corporation demolished the houses after issuing notices to the occupants a few months ago as it wanted to ensure water flow into the tank during the monsoon season.