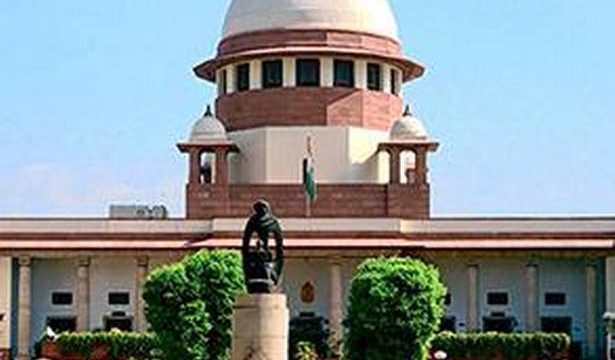 The Supreme Court on Monday referred to a three-judge Bench a plea made by Campaign for Judicial Accountability and Reforms (CJAR) to consider ₹25 lakh paid by it on the basis of a 2017 apex court order to be treated as a donation.

In December 2017, a three-judge Bench of Justices R.K. Agrawal, Arun Mishra (both retired now) and A.M. Khanwilkar imposed a cost of ₹25 lakh on CJAR to be paid to the Supreme Court Bar Association.

Also read | The independence of the judiciary has collapsed: Prashant Bhushan

The reason for imposing the hefty cost was a PIL filed by CJAR, represented by advocate Prashant Bhushan, demanding a Special Investigation Team into a conspiracy allegedly hatched by several persons, including a retired High Court judge, to bribe Supreme Court judges for a favourable order in a private medical college case.

The plea by CJAR to treat the payment as a donation to the Supreme Court Bar Association came up for hearing before a two-judge Bench of Justices Khanwilkar and C.T. Ravikumar on Tuesday.

This Bench said that since the earlier order was passed by a three-judge Bench, any modification in the intent of the 2017 order could only be considered by a Bench having the same number of judges.

Attorney General K.K. Venugopal agreed with the court’s stand and indicated that the money was welcome to provide welfare and relief for many lawyers.

Senior advocate Rajeev Dhavan, appearing for the organisation, said CJAR has several respected senior lawyers and judges onboard, and considering their long services to the legal profession, the money should be treated as a donation rather than as a punishment.

Mr. Bhushan said the money should be released to the lawyers’ association so that it could be put to good use as soon as possible.

The petition of the CJAR was identical to a petition filed by advocate Kamini Jaiswal on the same issue. In 2017, the court had termed both the Jaiswal and CJAR petitions as efforts to “seriously jeopardise the independence of the judicary”.

The Justice Agarwal Bench had, four years ago, dismissed the Jaiswal petition by expressing hope that “good sense prevail over the legal fraternity and amends be made as lot of uncalled for damage has been made to the great Institution in which public reposes their faith”.