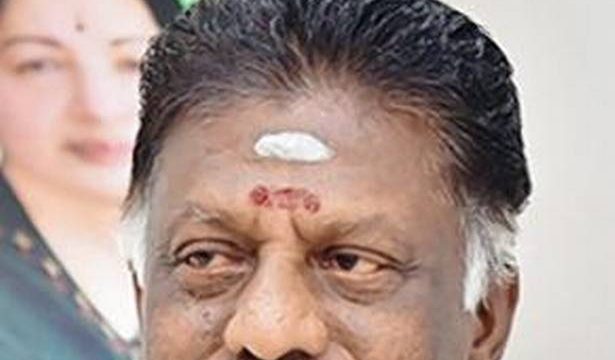 The AIADMK leader said the CM’s speech in Tiruchi, where he said Minister K.N. Nehru had organised a ‘sea of people’ showed that at such an event, wearing of masks and complying with physical distancing norms would not have taken place

AIADMK coordinator O. Panneerselvam on Friday alleged that Tamil Nadu Chief Minister M.K. Stalin violated COVID-19 appropriate behaviour, advocated by him to the people, during his public events in Thanjavur and Tiruchi on Thursday. The AIADMK leader called for the banning of all public events, including social, cultural, political and government functions in view of the rise in COVID-19 cases.

In a statement, Mr. Panneerselvam quoted from Mr. Stalin’s speech in Tiruchi where he said Minister K.N. Nehru had organised a sea of people and it did not need much effort for the Minister to mobilise people to gather, and said this incident made it clear the Chief Minister did not respect his own orders.

“If the CM himself violated the norms, how would the people be? When the gathering is termed ‘a sea of people’, definitely wearing of face masks and ensuring physical distancing norms would not have been complied with,” Mr. Panneerselvam contended. Organising such public events especially during the pandemic was equivalent to spreading the virus.

“So, considering the increasing number of COVID-19 cases and the spread of the Omicron variant, all public events such as social, cultural, political and government functions should be entirely banned,” Mr. Panneerselvam said.