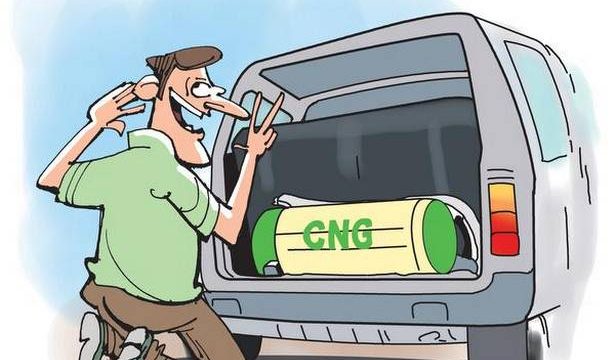 The skyrocketing price of petrol and diesel has resulted in vast number of car owners retrofitting CNG kits in their vehicles, since their operational cost works to roughly one-third of that of petrol cars.

The opening of around a dozen CNG-vending outlets in Ernakulam district, four in Thissur and two (one of them set for commissioning shortly) in Alappuzha, has further catalysed the shift to this alternative fuel.

Among the early birds who opted for the retrofitment of CNG kit in their cars was Irshad Moopen, a city-based laywer. “I installed a CNG kit in my car three years ago when CNG cost ₹46 per kg, after the car had covered 60,000 km. Even as its price rose to ₹56 per kg, its fuel efficiency is over double that of petrol, while there was no adverse impact on the car’s performance.”

“Despite CNG vending stations beyond Ernakulam district still hard to find, I can well switch over to petrol when the gas level is low. The imported CNG kit and its retrofitting back then cost ₹52,000, following which the alteration was endorsed by the MVD in the car’s registration certificate,” he added.

The fuel price hike, with petrol hovering at over ₹102 a litre, has resulted in more and more people opting for conversion to alternative fuels, said Santosh Thomas of City Gas Car, which retrofits CNG and LPG kits in three and four-wheelers.

“A litre of petrol now costs ₹46 more than a kg of CNG. This is in addition to CNG returning a fuel efficiency of 24 km, as compared to around 15 km of petrol for the same type of car. This makes a CNG car more energy efficient than a two-wheeler that runs on petrol. The lowering of pollution is yet another advantage of both CNG and LPG. Between them, CNG returns more fuel efficiency,” he said.

Ernakulam RTO P.M. Shabeer said that his office (which is one among the dozen RTO/Sub RTO offices in the district) has been receiving applications to retrofit CNG in three to four cars every day, during recent months. “Many others call to enquire about the application process. The retrofitting of kit is endorsed in the RC book on payment of a nominal fee. CNG is very economically priced for now, and adheres to the existing emission norms,” he said.

However, green fuel enthusiast Sibi Mathai, an entrepreneur whose firms maintain premium buses of KSRTC and many other RTCs, cautioned that CNG too is polluting.

“The smoke that is emitted may be colourless but has high particulate matter. But no doubt it is very affordable now and could help sustain the economy during testing times. Still CNG could well be a stop-gap energy source, till electric vehicles become affordably priced. This is a reason most car manufacturers are investing in R and D for electric than CNG-run cars,” Mr. Mathai said.