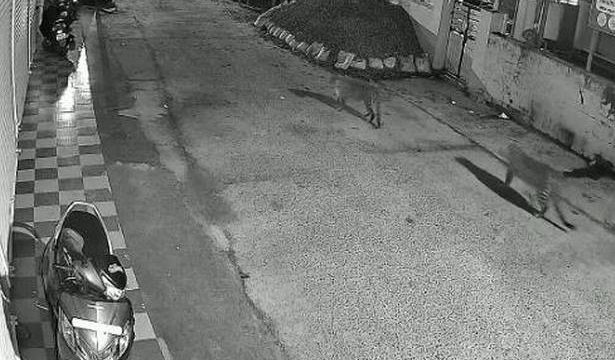 A recent video of three leopards taking a night stroll through the otherwise busy taluk road at Valparai town was widely shared in social media.

Though leopards have been coexisting with the people of Valparai, a committee formed to mitigate their interactions with humans at the hill station has identified possible reasons behind their frequent presence in town areas.

According to the committee, which held a meeting on Wednesday, improper management of meat waste, bushes around Valparai town, domestic animals and placing of baits to attract leopards for tourists were among the factors that attracted them to urban pockets.

“Waste disposed of by chicken and meat stalls could be a factor which attracts leopards to town areas. Tourist operators and home stay owners have been found placing bait to attract the big cats. They have been warned of stringent action,” said an official from the Forest Department.

Leopards have been found preying on wild boars that stray into urban areas, also attracted by garbage, bandicoots and domestic animals like dogs.

“The public should be aware of the presence of leopards around Valparai and avoid direct interaction with them by not venturing out at night. Domestic animals should be kept in safe enclosures. More awareness on these aspects will be taken to the people through the municipality and the police,” said the officer.

The committee has resolved to address issues such as improper management of garbage, waste generated at the Valparai Government Hospital and bushes in and around the town. It also wanted night drives and tourism activities intended for sighting leopards to be called off and street lights installed across Valparai town.