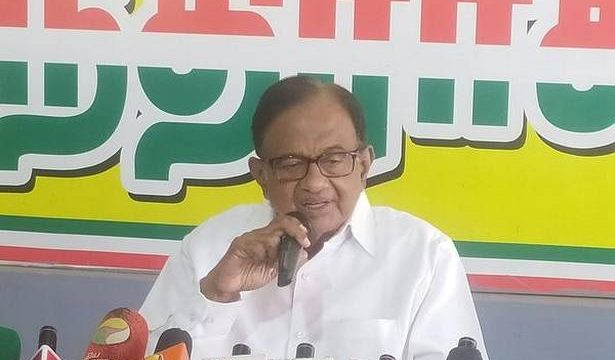 Former finance minister P. Chidamabaram on Thursday came to the defence of the Uddhav Thackeray-led Maha Vikas Aghadi (MVA) government in Maharashtra over the State’s record on vaccination and COVID-19 management.

Amidst blame and counter accusations over reported vaccine shortage in Maharashtra that has the highest number of coronavirus cases in the second wave, Mr. Chidamabaram said the State fared much better than other States.

“The Centre is targeting Maharashtra on the spread of COVID-19 ignoring hard facts. Maharashtra has vaccinated 80 per cent of healthcare workers. Nearly 20 states are behind Maharashtra,” Mr. Chidamabaram said.

He said the State has vaccinated 73% of frontline workers, a record only five States have been known to improve.

“The Centre has made a complete mess of the vaccination programme including the non-supply of sufficient doses of vaccines,” Mr. Chidamabaram added.

The Congress is an alliance partner in the MVA, along with the Shiv Sena and the Nationalist Congress Party (NCP).

While the Maharashtra government complained of vaccine shortage in the State, the Centre claimed that the State government was to blame for the current situation.

The surge in COVID-19 numbers also comes in the midst of allegations of corruption against former State home minister, Anil Deshmukh, the NCP leader who was accused by former Mumbai police commissioner Parambir Singh of asking police officials to collect ₹100 crore a month from Mumbai’s bars and restaurants.

The charge not only forced Mr. Deshmukh to resign, the Supreme Court also endorsed an inquiry into the matter by the Central Bureau of Investigation.