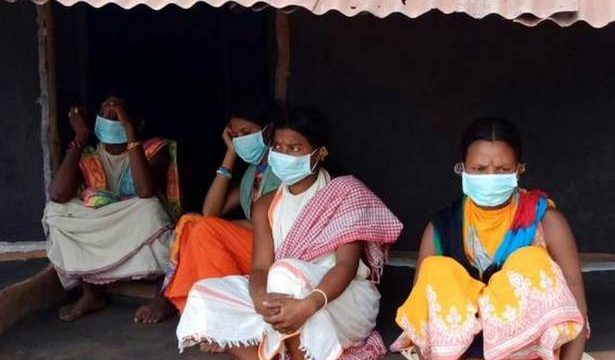 They are misled by some videos which predicted death within two hours of vaccination, says official

Tribals in Odisha’s Rayagada district fled their village after locking up their houses afraid of being given the COVID-19 vaccine.

The incident took place at Champakana under Kolnara block of Rayagada on Wednesday.

The district administration had held an awareness camp explaining the benefits of inoculation.

“However, when our team reached the village with 100 doses for those above 45, it did not find anyone available. Four to five villagers were not ready to get the jab,” said D. Sailaja, Kolnara medical officer.

Dr. Sailaja said tribals belonging to the Kandh community were apparently misled by some videos, which predicted death within two hours of vaccination. The population of Champakana is 500. After three hours of persuasion involving the chieftain, three persons came forward for inoculation.

“During the drive, we have faced similar situation in four to five villages. We hope the vaccine hesitancy will disappear,” she said.

Earlier, the health teams faced stiff resistance in other villages too.

Similarly, Chuktia Bhunjia, another PVTG residing in Sunabeda plateau Nuapada district, was difficult to be convinced on vaccination. The tribesmen said they would die soon after getting jab.