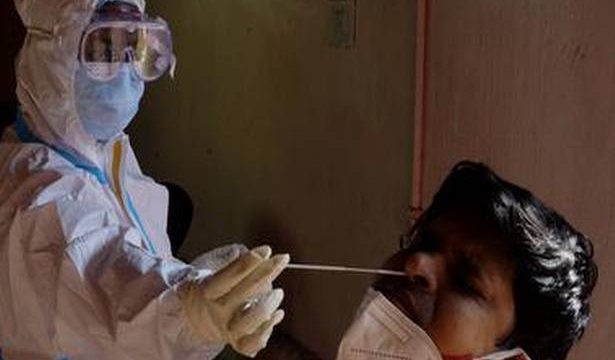 Khordha district remained the epicentre as 456 persons were found to be infected comprising 37.5% of State’s caseload.

On Tuesday, 680 cases were reported from the State. Khordha district remained the epicentre as 456 persons were found to be infected comprising 37.5% of State’s caseload. Sundargarh followed Khordha with 166 cases. Other districts where cases were rising rapidly include Sambalpur, Jajpur, Cuttack, Mayurbhanj and Jharsuguda. Kandhamal is the only district which has not reported any new case for the past few days. It also does not have any active cases.

Though the State recorded a sudden spike in cases, the Omicron cases remained at 37. Most of these patients are asymptomatic.

“The sudden spike in Odisha’s daily cases is not an exception. The rise in cases corresponds to growth in caseload of other States. The transmission is very fast. If a positivity rate jumps from 0.1% to 3.8% in New Delhi, we should rest assured that the cases in Odisha will climb proportionately. In two days, State’s positivity rate has gone past 1%,” said State Director of Health Bijay Mohapatra.

Dr. Mohapatra said, “one cannot limit the COVID-19 cases. We are, however, trying to break the transmission chain in the community. Although severity of Omicron variant is low and the infected people don’t require hospitalisation as was felt in the second wave, we are trying to ready hospital beds and intensive care units as soon as possible.”