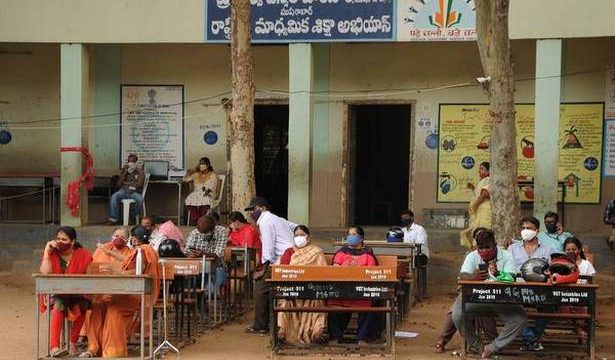 Property tax collection too has taken a hit

Huge number of applications for property mutations are lying unresolved with GHMC, adding to the woes of the property owners and denting the income of the corporation.

The number of pending applications for property mutations hovers about 20,000 in GHMC, and the pendency has increased fourfold since March this year, as per official sources.

GHMC staff on COVID-19 duty is not helping the matters, say officials on the condition of anonymity.

Pending applications are especially high in circles such as Serilingampally, Chandanagar, followed by Begumpet, Khairatabad, Musheerabad and Goshamahal.

Mutation is a mandatory requirement in GHMC records when a property changes hands either through sale or through inheritance. A large number of properties remain in the previous owners’ names in GHMC records, due to apathy of the latest owners in having the mutations effected even after getting them changed in Revenue records.

Officials attribute the large pendency of applications to the registrations done without mentioning the Property Tax Identification Number (PTIN).

“We are having to collect the door numbers of the properties, and send them to the Centre for Good Governance so that they push the respective Circle officials to obtain the PTIN. It is consuming a lot of time,” informed an official.

Close to 8,300 applications are pending across the 30 circles due to non-availability of PTIN. Over 4000 applications with PTIN too have remained unresolved, while over 7,600 applications which were received directly from property owners through Citizen Service Centres too are awaiting action.

Since last year, several applications have been resolved in mission mode upon instructions from the GHMC Commissioner D. S. Lokesh Kumar bringing down the pendency to about 5,000 applications by March this year, officials informed.

However, the second wave of the COVID-19 pandemic has hampered the work severely, as the bill collectors and Revenue staff have been deployed on COVID duty.

“Our staff were even deployed in graveyards. Now majority of them are on vaccination duty,” said the official.