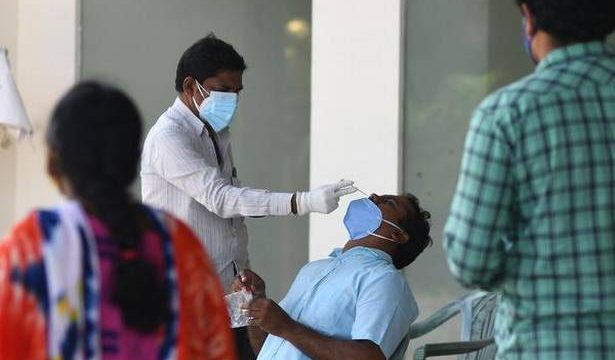 The Ministry in its letter to some States noted that in the absence of sustained levels of sufficient testing, it was very difficult to determine the true level of infection spread in a geography.

The Health Ministry has cautioned that there has been a decline in weekly COVID-19 testing rates and has written to Nagaland, Sikkim, Maharashtra, Kerala, Goa, Manipur, Meghalaya, Mizoram, Jammu and Kashmir, Punjab, Rajasthan, West Bengal and Ladakh asking it to rectify this worrying trend.

This Ministry in its letter on Wednesday noted that in the absence of sustained levels of sufficient testing, it was very difficult to determine the true level of infection-spread in a geography.

With a majority of countries seeing multiple surges in COVID-19 cases in recent times and a few developed countries facing even fourth and fifth wave despite high levels of vaccination, there was a need for continued vigil given the unpredictable and contagious nature of the disease, it said.

“Hence, all efforts must be implemented to preserve the gains made so far and to prevent deterioration of COVID scenario across the country,” the letter said.

According to data released by the Ministry, Nagaland has reported 342 average daily tests as on week ending November 22. This is in a stark contrast to a high of 1,250 average daily tests conducted in the week of August 23- 29. It is also worrying to note that the State has recorded a positivity of 1.5% in the week ending November 22, having stagnated over the past four weeks, with an abysmally low share of RT-PCR tests.

The Ministry further said worrying trends with regards to tests, tests per million, positivity rate and higher dependence on Rapid Antigen tests had been observed in various districts of the State.

It was important that the State maintained high testing given the recent increase in travelling, due to various events such as marriages, festive celebrations, vacations having either recently concluded or under way. It added that a decrease in testing would undermine the actual infection spread within the community.

“Also, with the onset of winter and increased pollution in some States, prevalence of ILI/SARI and respiratory distress symptoms should be closely monitored, with tests conducted regularly for timely monitoring and clustering of cases for early hotspot identification,” it said.