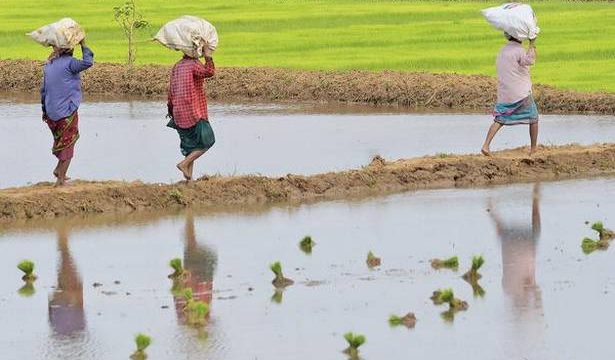 Rainfall during the southwest monsoon reduced sharply in July compared to June, impacting the sowing of major Kharif crops. The deficit in rainfall is high in West Uttar Pradesh, east Rajasthan, Gujarat, the Saurashtra and Kutch regions, and Kerala this year and has reduced the area sown by more than 10% until July 9, 2021 compared to the same period in 2020. The area sown under paddy, coarse cereals, pulses and oilseeds decreased significantly across many States compared to the last five years.

In June 2021, India received 10% more rainfall than the long period average (LPA) due to the southwest monsoon. However, this reduced in the final days of June and early July. As a result, the cumulative rainfall received between June 1 and July 9 was 5% less than the LPA. While the deficit in 2021 was more than 2020 in the considered period, it was still better than 2019.