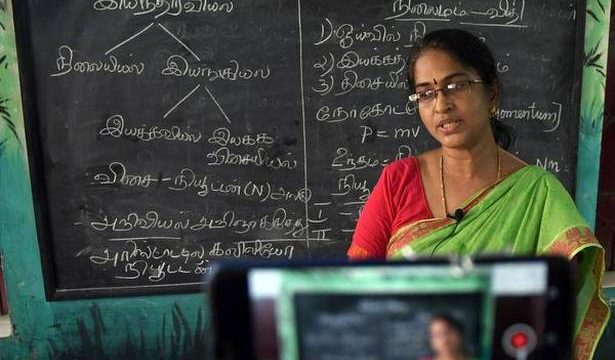 The COVID-19 pandemic forced schools to stop physical classes and shift to online teaching. This move has highlighted two concerns: how well teachers are trained to take classes online; and the pupil-teacher ratio, which determines the quality of education. According to UDISE 2019-20, only one in four teachers in India was trained to use a computer for teaching. The share of such teachers was even lower in government schools. Also, there were wide disparities among States, with Gujarat training 57% of its teachers while M.P. training only 9% of them. While most States had an acceptable pupil-teacher ratio, the ratio was above the recommended value in some States, especially in higher education. While a high pupil-teacher ratio is a concern even during physical classes, its importance has only increased with online teaching.

Only 3% of government school teachers in Bihar, Madhya Pradesh and Odisha were trained to teach with a computer. In contrast, in States such as Gujarat, Punjab and Maharashtra, more than 50% of teachers were trained to teach online. The share of trained teachers was higher in private schools in general. However, in a few States such as Madhya Pradesh, Andhra Pradesh, and parts of the Northeast, the share of such teachers was lower across managements.

The chart shows the State-wise pupil-teacher ratio (number of students per teacher) across education levels. According to the Education Ministry, an ideal pupil-teacher ratio should be around 30:1. While it was within this range for most States, the raito was more than 40:1 in higher secondary schools in Odisha, Jharkhand, Bihar and U.P. Bihar’s ratio was more than 50:1 for primary, secondary and higher-secondary classes.

■ Only 15% of government school teachers in India were trained to use and teach using a computer as opposed to 30% and 31% of teachers in government-aided and private schools, respectively.

■ The difference in the share of trained teachers between government and private schools was more than 30% points in States such as Jharkhand, Goa and Karnataka.