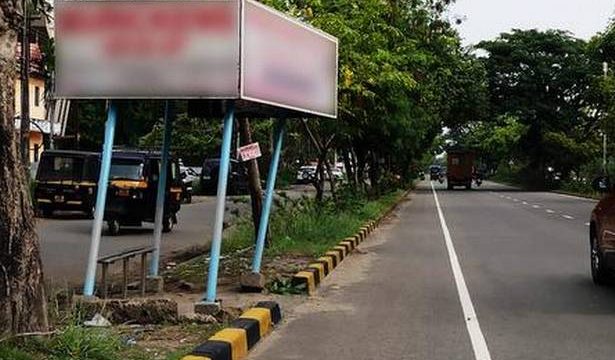 Inadequate, missing and misplaced signboards, traffic hold-ups at Vyttila and Kundannoor junctions even after the commissioning of six-lane flyovers, shoddily-maintained service roads and issues related to toll collection have compounded the woes of commuters along the Edappally-Aroor NH Bypass.

The complaint is rife that the National Highways Authority of India (NHAI) which owns the 16-km corridor and an agency that collects toll and is duty bound to maintain it are seldom responsive to grievances raised by people’s representatives and others.

“Accidents often happen at U-turns and at points where vehicles enter NH Bypass from side roads, since signboards are missing at many locations on the corridor. Even worse, the NHAI and the operation, maintenance, tolling (OMT) contracting firm to which it has entrusted upkeep of the stretch have not bothered to install boards warning speeding motorists of pedestrian crossings,” said sources in City Traffic Police.

Pedestrian lines were erased at pedestrian-dense locations like Chalikkavattom when foot overbridges (FOBs) were installed. However, not even 10% of the pedestrians crossing the NH use the FOBs due to the steep gradient of the structures. “They are at added risk since there are no warning signboards, while pedestrian lines were erased. Accidents involving pedestrians are common at many such spots. The location of U-turns and cuttings permitted from service roads too is unscientific in many areas, which is yet another cause of accidents,” the sources added.

Signboards are missing in many such spots, while blinkers to warn motorists of U-turns are dysfunctional or damaged at many turns.

Sources in the NHAI said that they would look into infrastructural inadequacies on the bypass, including the long overdue demand to widen the tarred portion of service roads from the present 5.50 m to 7 m, to ensure smooth and safe movement of vehicles. “There is also need to build drains on service roads where waterlogging occurs and to cover existing drains with slabs to prevent dumping of garbage. A proposal in this regard is awaiting clearance from the NHAI head office,” they said.