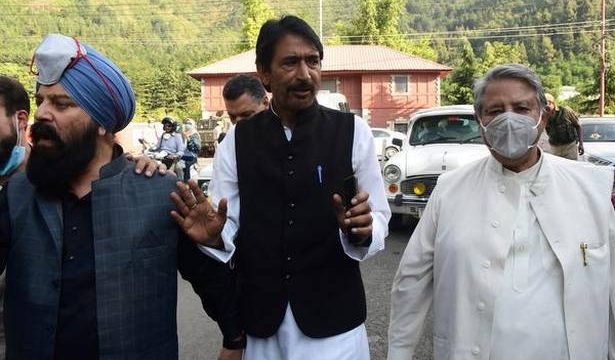 The Congress believes this move is bound to “further disappoint” the people of Jammu and Kashmir.

Political leaders including Farooq Abdullah were detained ahead of a march by the People’s Alliance for Gupkar Declaration (PAGD) to protest against the recommendations of the Delimitation Commission on Jammu and Kashmir.

Besides Farooq Abdullah, who is the president of the alliance, his son Omar Abdullah and PDP chief Mehbooba Mufti have been detained.

"Keeping under house arrest prominent leader like Dr. Farooq Abdullah ahead of proposed sit-in protest against Delimitation Commission draft is a sham, unethical and against the basic foundation of the Indian democracy which stands guarantee to freedom of speech and freedom of expression to every citizen," Mr. Mir said in a statement here.

He said the "house arrest" was indeed a "gift" on the New Year’s occasion by the government and condemned the "illegal house arrest" of Mr. Abdullah and other leaders of the PAGD.

The PAGD is an alliance formed by five Jammu and Kashmir-based mainstream political parties, including the National Conference and the PDP, that seeks the restoration of special status of the erstwhile state of Jammu and Kashmir that was revoked by the Centre in August 2019.

The Congress believes such a "undemocratic move" (detention of leaders) is bound to "further disappoint" the people of Jammu and Kashmir, "who have already lost faith" in the present dispensation, Mr. Mir said.

"Restraining" leaders from protesting in a peaceful manner is "indicative of hypocrisy on the part of the BJP government," the Congress leader said.