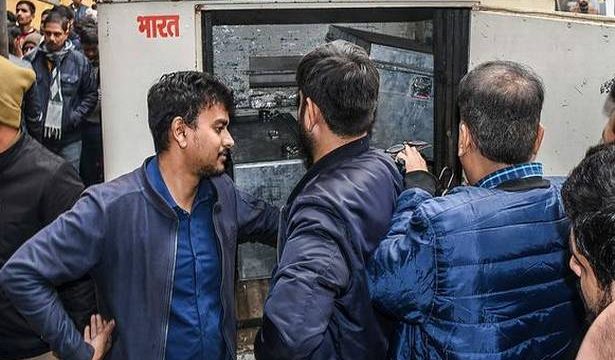 The Directorate General of GST Intelligence (DGGI) on Thursday described as “purely speculative” reports, which suggested that it had decided to treat the ₹197.47 crore cash recovered from Uttar Pradesh businessman Piyush Jain as the turnover of the manufacturing unit and that it had agreed with the deposition of Mr. Jain and finalised his tax liabilities as ₹52 crore.

The DGGI clarified that the total amount of cash recovered from the residential and factory premises had been kept as case property in the safe custody of State Bank of India pending further investigation.

Tax officials recovered the cash, 23 kg of gold with foreign markings and unaccounted perfumery raw material worth ₹6 crore from the business and residential premises of Mr. Jain in Kanpur and Kannauj. Mr. Jain, who deals in compounds for perfumes, was arrested on December 26 for offences under section 132 of the CGST Act. A local court remanded him in 14 days judicial custody on December 27.

The DGGI, in a statement shared by the U.P. government, said reports had appeared in certain sections of the media that it had decided to treat the cash recovered as the turnover of the manufacturing unit and proposed to proceed accordingly, and that some media reports even stated that after admitting his liability, Mr. Jain had, with its approval, deposited a total sum of ₹52 crore as tax liability.

“Thus, it is made out as if the department has agreed with the deposition of Jain and finalised the tax liability accordingly. These reports are purely speculative, without any basis and seek to undermine the integrity of the ongoing investigations which are being carried out in a most professional manner based on specific intelligence against the party,” the statement noted.

The “voluntary submissions” made Mr. Jain were a subject matter of on going investigation and any view on the source of cash seized and the exact tax liabilities of Odochem Industries or other parties involved in the investigation would be taken on the basis of appraisal of evidences collected from various premises during the searches and the outcome of further investigations, it stated.