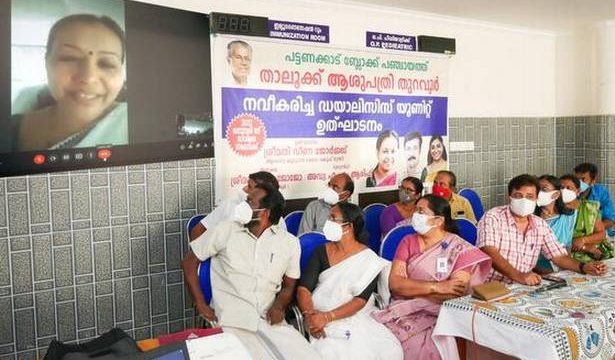 The State has made strides in improving its health infrastructure in recent years, Health Minister Veena George has said.

She was virtually inaugurating a modern dialysis unit at the Government Taluk Hospital, Thuravoor, on Saturday.

“The health sector in the State had witnessed unparalleled growth during the tenure of the previous Left Democratic Front government. Development projects being implemented currently are the continuation of the activities started by the previous government,” the Minister said.

The dialysis unit has 15 machines, including 10 newly acquired ones. The building for the unit was constructed at a cost of ₹1.65 crore sanctioned by A.M. Ariff, when he was an MLA representing the Aroor constituency.