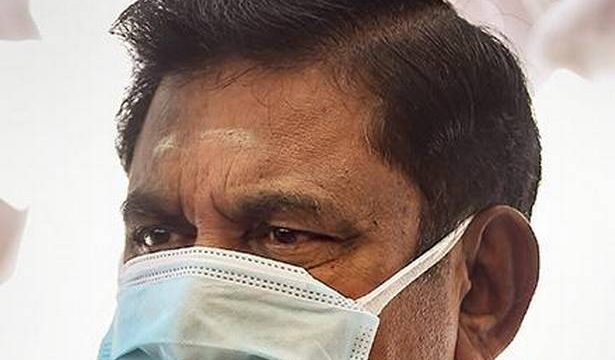 The Opposition leader said the public felt cheated by the DMK; he also said there was no clear reply from the State as to whether the test would be held

Opposition leader Edappadi K. Palaniswami on Monday said the DMK gave false promises during the recent Assembly elections claiming that NEET will not be conducted in Tamil Nadu for medical course admissions.

Distributing welfare aids at Jalagandapuram in Salem, he told journalists that though he repeatedly asked the State government to announce whether NEET would be held in the State, neither the Chief Minister nor the Health Minister had provided a clear reply. The public feel that the DMK has cheated them by making false announcements claiming that NEET would be cancelled in the State when they come to power, he said.

On the Mekedatu issue, Mr.Palaniswami said that the previous AIADMK government got Cauvery water for the State after a 50-year long battle through a Supreme Court judgment. The court ruled that at no place should Cauvery water be stopped, stored and diverted. The Karnataka government is deliberately trying to stop Cauvery water coming to Tamil Nadu and is making announcements that a dam would be constructed in Mekedatu, and this was condemnable.

Tamil Nadu is facing a water scarcity and if a dam is constructed at Mekedatu, the Delta region would turn into a desert and drinking water resources to 16 districts would be affected, he said.

Mr.Palaniswami said that the AIADMK government successfully implemented the Kudimaramathu scheme and expressed hope that the present regime would also implement it. He demanded that the State government expedite work for the completion of the Mettur surplus water scheme here.

On charges of wastage of COVID-19 vaccine doses during the previous regime, Mr. Palaniswami said that Health Secretary J. Radhakrishnan has clarified on this. During the initial phase of vaccination, the public feared to take vaccines and the government then created awareness among the public. The doses were not deliberately wasted and wastage occurred due to low turnout of the public. He charged that the Opposition then created fear among the public about vaccination by raising questions on why the Prime Minister and the Chief Minister had not taken the vaccine. Mr Palaniswami said he has urged the Prime Minister to provide maximum doses to Tamil Nadu and the State government should put pressure on the Centre in this regard.

The State government should regularise vaccine administration as the public are wasting long hours waiting for vaccination at vaccination centres, he said.

Mr. Palaniswami said the AIADMK was ready to face local body elections whenever they were held. He added that AIADMK has made it clear that the party has no relationship with V.K. Sasikala, aide to former Chief Minister Jayalalithaa and said she was deliberately spreading lies. Mr. Palaniswami said the AIADMK lost in the 1996 and 2006 Assembly elections while she was there (in the party).