It is learnt that until Thursday, telecom operators were engaged with the DoT to seek relief. 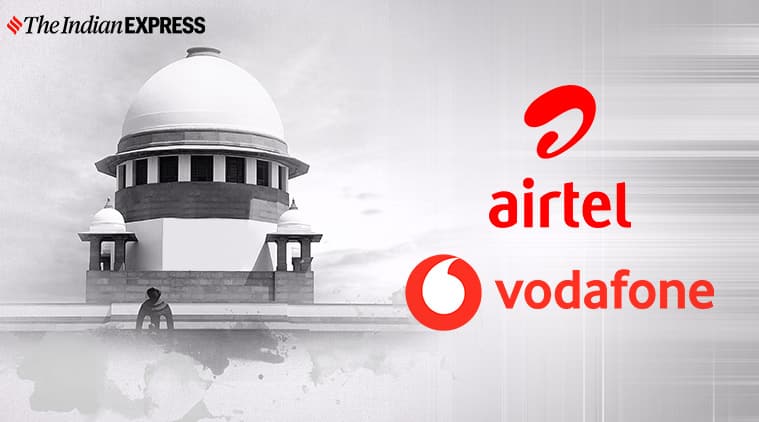 The Department of Telecommunications (DoT), which had taken a slew of decisions to mitigate the telecom sector’s pain emanating from Rs 1.47 lakh crore in AGR-related payments, went on the backfoot after it received a rap on the knuckles from the Supreme Court. It is learnt that until Thursday, telecom operators were engaged with the DoT to seek relief. Their main argument: the poor financial health of the sector which could be further affected because of the dues.

But soon after the apex court’s hearing wrapped up just before noon, top officials of the DoT, including Telecom Rs 10,000 cr by Feb 20 Secretary Anshu Prakash and Member (Finance) PK Sinha met with Telecom Minister Ravi Shankar Prasad to decide the further course of action, especially to ensure immediate compliance with the SC order, The Indian Express has learnt. Following this meeting, the DoT moved to rescind its earlier order that directed its officials to not take any coercive action against telecom companies defaulting on the payment.

However, Bharti Airtel wrote to DoT offering to pay Rs 10,000 crore by February 20 and the rest before the next date of hearing in the court. Vodafone India, which owes around Rs 53,000 crore towards AGR-related dues did not comment on the issue at the time of going to press. However, the firm postponed its post-earnings conference call which was scheduled Friday.

There is a reason why the DoT has exercised restraint in seeking payouts. Industry watchers are of the view that the heavy dues could lead to a possible duopoly in the sector which will have a trickle-down effect on the country’s telecom consumers and the financial services sector.

That the Centre has not factored in the entire payout this year, despite 2019-20 being a tough year from a fiscal balance point of view, is evident from the estimated revenues of only Rs 58,989.64 crore being mentioned in the revised estimate for the current fiscal under the “other communication services” head , while the bulk of the receivables — Rs 1.33 lakh crore has been factored in the estimates for 2020-21, a 125 per cent increase of this year’s estimates (this is despite the government’s decision to defer spectrum payments for 2020-21 and 2021-22).

The immediate impact was visible on telecom stocks.

An extended effect was also seen on bank stocks. The S&P BE Bankex fell 1.11%, on a day when the 30-share Sensex declined 0.49%. In Mumbai, State Bank of India Chairman Rajnish Kumar said that telecom companies have not approached the bank on financing their AGR dues adding that it was incumbent on the telecom companies to find money and it was safe to presume that they would have made arrangements by now.

On Thursday, Bharti Airtel raised $250 million through a perpetual bond issue, which is in addition to the $3 billion it raised last month through a qualified institutional placement and an overseas bond.

In its letter to the DoT, Bharti Airtel wrote Friday: “As directed by you, we are in the process of completing the self-assessment exercise. You will appreciate this is a complicated process, covering 22 circles, multiple licenses and a substantial period of time and hence, is time consuming. Nevertheless, in compliance with the judgment of the Hon’ble Supreme Court and their direction today, we shall deposit a sum of Rs 10,000 crore (on account) by February 20, 2020 on behalf of the Bharti group companies. We are confident we will complete the self-assessment exercise shortly and make the balance payment, well before the next date of hearing fixed by the Hon’ble Supreme Court”.

Even as, on the one hand, DoT asked its officials to not take coercive action against telecom operators, it had also deferred payments due towards spectrum for 2020-21 and 2021-22 to give the companies financial headroom in the event they had to pay the full AGR-related dues.