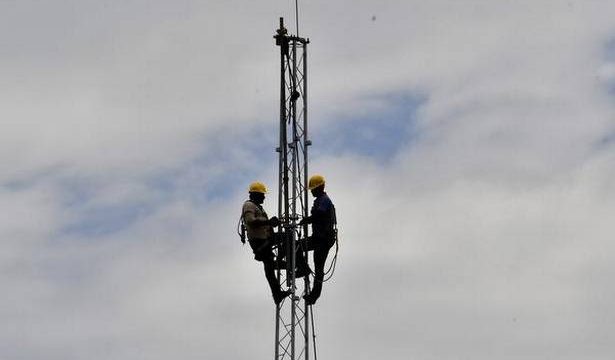 The Telecom Ministry is engaged in discussions with regulator TRAI to work out ways for optimum utilisation of “finite resource” spectrum, especially for airwave bands sought for both 5G services as well as satellite communication, a senior official said on Monday.

“The demand for satellite-based and terrestrial telecom services have put unprecedented demands on radio spectrum, in particular the C band and the Ka band frequencies are needed for both space-based as well as terrestrial telecommunications services,” Telecom Secretary K. Rajaraman said.

Speaking at an event organised by newly-formed industry body Indian Space Association, the Secretary added that since spectrum is a finite resource, its value can be augmented through sharing and with coexistence by different services. “Thus, it is necessary to ensure efficient use of spectrum… including revisiting the uses in the existing frequency bands as well as in the new frequency bands. We are engaged in this exercise in consultation with TRAI.”

Speaking at the same session, TRAI Chairman PD Vaghela added that there was an ‘urgent need’ for policies that attracted investments, allowed use of space technology for the common man and ensured flexibility and ease of doing business.

Mr. Vaghela added that the regulator was in the process of releasing a consultation paper for licensing framework for satellite earth station gateways — an area that requires “complete transformation” to facilitate establishment of earth stations by any satellite operators. Further, TRAI is working on bringing out a consultation paper for developing a comprehensive single window online portal, having interdepartmental linkages for transfer of application and information for parallel processing.

The Telecom Secretary added that the recommendations from TRAI on the licensing framework for satellite space connectivity for low bit-rate applications are currently under consideration by the DoT. “We hope to take a decision very soon. This is likely to open up a large potential for IoT and machine to machine-based applications,” he said.

Meanwhile, speaking at an earlier session, Telecom and IT Minister Ashwini Vaishnaw added that the government was fully committed to reforms and ensuring healthy competition in the sector and asked the industry to study the global best practices and come up with suggestions to contribute in formulation of enabling policy.

“We are an open-minded government. We want to reform this sector and provide level-playing-field to everybody. We want… healthy competition in this sector. So please come up with recommendations which will help us formulate policy in that direction," the Minister said.